Taking cue from races such as the Tour Down Under and August rival the Eneco Tour, this week’s USA Pro Challenge is determined to stand out from the crowd and offer a unique week of racing. All three American races- the Pro Challenge, the Tour of Utah and May’s popular Tour of California- are currently rated at 2.HC (one level below World Tour standard) and do a reasonable job at creating their own style and history. The west coast Californian race garners the most publicity but the USA Pro Challenge’s assault on the Rocky Mountains has the potential to be remarkably exciting. Racing in the USA is certainly on the up and with it comes a crop of exciting American cyclists. Here’s a look at a promising three.

Team Cannondale-Garmin may have pinched a gem when Joe Dombrowski moved from Team Sky. In 2012 for the Bontrager Livestrong Team (now Axeon) he came close to a clean sweep in the young jersey competitions of all three American races, missing out to Wilco Kelderman in California. A poor time trial did most of the damage. He actually came fourth overall in Utah and in a rare trip to Europe won the Giro Ciclisto ahead of a certain Fabio Aru. After joining Sky in 2013 his rise to the top stalled, or at least you would think so by glancing at his unspectacular results. His time with the British team did provide some opportunities on the World Tour and signing for such a successful team could only have enhanced his reputation. He joined Cannondale this year and looked sharp from the start with a 7th in the Tour de San Luis. He followed it up with a 4th in California and last week claimed a big overall win in Utah. He is this year skipping the USA Pro Challenge but only to make his Grand Tour debut in the prestigious Vuelta.

Perhaps a greater distance from the top than Dombrowski, 20-year old Logan Owen offers America potential as a stage winner or star of the one-day races. At such a tender age Owen has few road wins to his name but looking to cyclocross the story is far different. From 2004 to 2015 Logan Owen has won every national cylcocross championship at each respected age group. This is a hugely impressive feat and any performer will tell you that the difficulty of stepping up through each age group is not to be dismissed. This level of success confirms two things- Owen is a fantastic bike handler and proven performer under pressure. Success in ‘cross should not be held exclusively from success on the road; Etixx’s Zdenek Stybar is a three time cyclocross World Champion and can also boast a Tour stage and a string of high finishes at Paris-Roubaix. Owen enjoys both disciplines and can hope for a similar career path.

At the age of 25 Taylor Phinney could be the biggest American talent. In some ways he is built in the Fabian Cancellara mould and should mix it with the best in the classics and certainly the time-trials. He can add to this a successful track background, boasting National pursuit titles and a trip to the Beijing Olympic Velodrome aged 18. Honing his craft at BMC, he experienced a whole host of success in the 2011 season; three straight stages in the Royal Smilde tour, Paris-Roubaix Espoirs win, prologues in Utah and l’Avenir, a national TT title and the u23 TT title. His transition into 2012 was smooth, and in March he found himself wearing the Maglia Rosa in the Giro d’Italia after winning the opening time trial. Later in the summer, he finished 4th in both the Olympic Road Race and Time Trial and will surely have mixed emotions about these undoubtedly impressive results. At the start of the 2014 season Phinney looked a star and swooped the Dubai Tour. His world was rocked however in May’s National Road Race. Descending at pace, Phinney veered away to avoid a motorcycle and suffered a sickening crash into a road-side guard rail, fracturing his tibia and severing a tendon in his knee. Initial estimates were off, and Phinney missed over 12 months of action. He returned last week at the Tour of Utah and placed third on the first stage. Welcome back, Taylor. 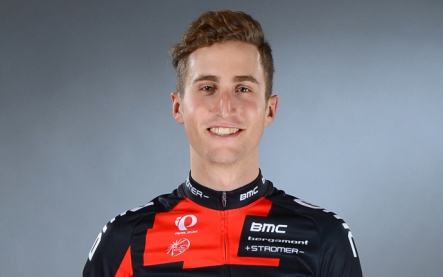