By MikeFranchetti in Previews and Reviews on October 8, 2016October 11, 2016
No comments

After completing a hatrick of victories with an Alessandro Ballan/Damiano Cunego 1-2 in 2008, Italy have failed to produce another World Champion. Worse still, with a generation of talented classics riders pedalling into the sunset, they’ve taken just three top tens in the subsequent seven road races. To put that into perspective, from 1968 to 2008 the nation had at least one rider on the podium on thirty occasions. On this year’s flat course it’s likely that Giacomo Nizzolo and Elia Viviani (both 33/1) will ride as the country’s leaders. It will be tough for either to bring the rainbow back to Italy. 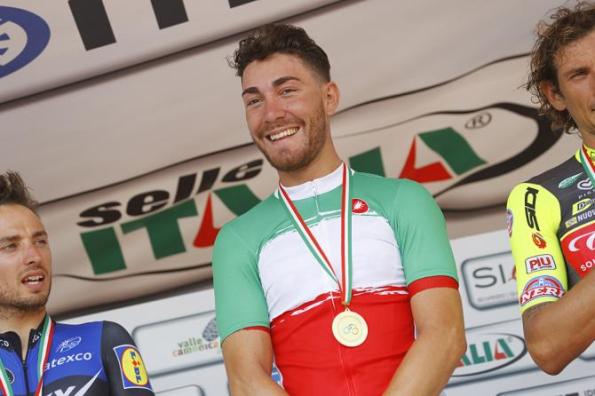 Despite lacking a standout name for the last few seasons, the nation’s strength in depth leads to some interesting squads. The best guess we can make for Doha is that the likes of Daniele Oss, Manuel Quinziato and Fabio Sabatini will be asked to work all day, with Jacopo Guarneri and Daniele Bennati forming a leadout for Nizzolo. Viviani will likely have a free, floating role in the sprint – or be a designated plan b.

So why Nizzolo over Viviani? A year ago – and in the early part of this season – Viviani was clearly the faster. But whilst the Team Sky man became the Olympic Omnium champion, Nizzolo has gone on to have his best season on the road for quite some time. He’s beginning to show a liking for the longer one day races. He rarely has the top end speed to compete in the busiest sprints, but has found some winning form and an improved level of consistency. When it comes to wanting a man to last 250km with some in reserve, Nizzolo is the obvious choice.

The month after retaining his Giro d’Italia points title, Nizzolo claimed the biggest win of his career and now wears the Italian tricolore jersey as national champion. Notably, the win was far from a sprinters affair; Vuelta stage 15 winner Gianluca Brambilla was back in second with the likes of climber Davide Formolo also making the top ten.

Therein lies the problem for Nizzolo. Whilst he’s certainly not at the Sagan/Matthews level of climbing, the Doha course actually looks too easy for him. Barring an exceptional late attack, the day will conclude with a sprint and there are plenty of riders faster than the Italian.  Consistency will only take him so far, and whilst his form is up there with the best in the field – he edged out Fernando Gaviria at Piemonte last week – it’s almost impossible to see him winning the sprint.

Viviani, by contrast, has a proven record of winning sprints and is seriously fast on his day. Picking Viviani gives the Italians another card to play and the rest of the peloton one more sprinter to worry about. A master of fast messy finishes, you’d have to go back to Kuurne-Bruxelles-Kuurne in 2015 to find the last time Viviani went well in a one day race. KBK is over 50km shorter than the World Champs and that could be the difference between seeing Viviani contest the sprint and not.

At 33/1 both riders offer some value. The Italy squad is strong and if Bennati, Oss or Matteo Trentin disrupts the final 10km Nizzolo could get involved in proceedings.  The Italian train is also one of the strongest, and they could decide to play for the sprint and back one of their star sprinters.

Nevertheless, I expect the wait for another Italian World Champion to continue. The nation has plenty of talent better suited to lumpier days and they’ll be cursing the straightforward sprint in Doha. Nizzolo is arguably in the form of his life and for that reason I expect them to work for his cause. Things don’t always go as expected in October time and there’s a slim chance he’ll end up on the podium.