Last January I called for ten riders to have big seasons. At the time I felt confident in my selections and things were looking good after the first few months of the season. Unfortunately it hasn’t all gone to plan since then… 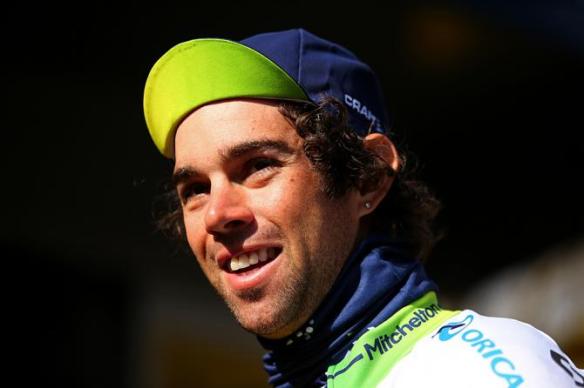 Debusschere didn’t get close to landing a big win, assuming you don’t rate Dwars door Vlaanderen too highly. In his defence he didn’t race many of the big classics and a fast finish at Paris-Tours proved good enough for eighth place. More often than not he was picked as a worker – including for Belgium at the World Championships where he was squirted in the face by John Degenkolb’s water bottle.

Things went much better for Ulissi. He was a joy to watch at the Giro d’Italia using his range of talents to comprehensively sweep two stage wins. In the latter half of the race he showed some impressive climbing legs to make headway in the points classification, though ultimately fell short. His Ardennes campaign was solid, though he remains very much a Giro specialist.

In just 48 race days it turned out Kung didn’t have too many chances to shine. He was bothered by illness at the start of the season and never really got going. His best result came in the time trial at the Giro d’Italia and he remains young enough to have another pressure-free year at BMC.

Rolland did arrive in a vastly changed environment yet produced a season very similar to his last three. I’ve never once doubted how hard Rolland tries but I’m not sure what his specific aims were or how close he came to achieving them. I wanted Rolland to kick on this season and for that reason he goes down as a disappointment.

After a stunning breakthrough season it was perhaps too much to expect Benoot to continue his sky high trajectory. He remains a hot prospect and finished third in a brutal stage of the Tour de Pologne whilst consolidating his fifth place in last year’s Tour of Flanders with a top ten in E3 Harelbeke.

“Orica will release him on the World Tour”

Ewan was indeed thrown into the World Tour and performed admirably. Things nearly came together at Tirreno-Adriatico where he was pipped to victory by Fernando Gaviria. He ran into a rampant Andre Griepel at the Giro d’Italia before finding somewhat surprising success at the Cyclassics Hamburg. A solid season all round.

Alaphilippe may be disappointed by his season due to a sucession nearly moments and not enough victories. Nevertheless, he did plenty to cement his status as one of the star riders of the future. Second at La Fleche, victory in California and fourth at the Olympics constitutes an impressive campaign. We should also recall his excellent Tour de France where he essentially spent three weeks hunting a stage win.

It’s difficult to gauge how well Kittel performed in 2016. He won well early on in Dubai before going missing at Paris-Nice. He then took out Scheldeprijs for a fourth time before claiming two of the most dominant sprint wins you’ll see at the Giro d’Italia. If it wasn’t for the Tour de France you’d conclude it was a successful year for Kittel but it was there that he was comprehensively beaten by Mark Cavendish.

Did I get it right? Not sure

Matthews didn’t win a classic nor the World Championships but made a good fist of both. I still believe he would have won San Remo had it not been for the crash that left him bruised and in a frantic chase. At the World Championships he made the final cut before launching an early sprint for the line and being pipped for bronze by Tom Boonen. He also nabbed his first Tour de France win.

Did I get it right? Almost

“This could finally be the year of Quintana”

This absolutely was not the year of Quintana. Despite looking brilliant at times and silencing a host of doubters with a comfortable Vuelta a Espana win, Quintana went missing when it mattered at the Tour de France. It was a strange sight – almost inexplicable – and whilst everybody peaked in July, Quintana seemed to suffer a drop in form. He had Froome’s number by September and perhaps next year he’ll deliver.