If it wasn’t obvious enough from my Just Pro Cycling Twitter feed – I find the Dubai Tour a pretty enjoyable race. As a result, this is the third straight year I’ve posted about it. Considering I’ve never dedicated a post to great races such as Etoile de Bessèges, Vuelta a Burgos or the Baloise Belgium Tour, it’s fair to say there’s some preferential treatment going on. Dubai is a stage race balanced between the hordes of genuine fastmen and a handful of chancers who believe they can turn the tables on the race’s one hill. 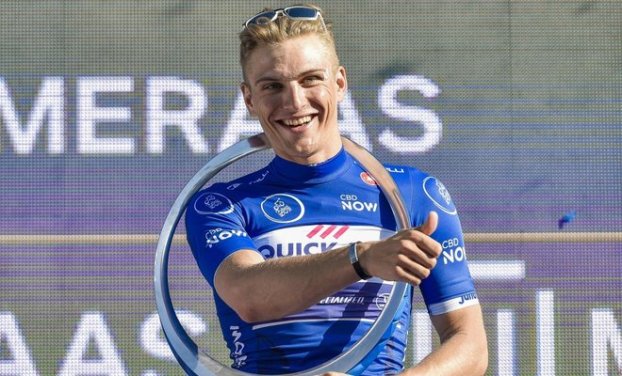 Dubai’s older brother the Tour of Qatar (an old brother who grew up, left home and is no longer around) was always a little uglier. The stages were unmemorable and the race was, according to Bradley Wiggins, a wholly unenjoyable experience. You can throw a number of similar criticisms at both races; there’s no scope for attacking, the conditions are dangerous and nothing ever happens until we’re deep into the final kilometre. I’d argue the lack of a time trial stage makes Dubai a far more enjoyable affair. Instead of a race against the clock, the Dubai organizers can play the Hatta Dam. It’s a strange climb, almost unworthy of that title at just a few hundred metres long. It’s as if the Cauberg was squashed and covered in a desert-themed camouflage. The top of the Hatta Dam wall sees ramps that touch a 27% gradient. Nevertheless, the big boys can get it over with in less than 35 seconds.

Imagine my disappointment when the Hatta Dam stage was blown out of the race by dangerously high winds. Organizers responded to a horrible outlook by cancelling the stage before things had even begun. However, it was the correct decision and one that surely strengthened the trust between riders and organizers. Nobody wants to pick up an injury in 2.HC level race at the start of February.

Sadly we were left with a dud of a GC race. Kittel was simply too good. Dylan Groenewegen followed the German home twice but was not quite good enough to get on terms, whilst Mark Cavendish was left frustrated and John Degenkolb continues to offer a different type of threat.

A dominant sprinter will pick up 20 or 30 seconds in time bonuses in Dubai meaning a fairly sizeable peloton split would have been needed on the Hatta Dam for Kittel to throw it all away. This year there were three stages prior to the Dam – a decision which I think hurt the race. Nevertheless, Kittel looked a beaten man (literally) on Thursday evening and had just a ten second advantage. I believe Degenkolb could have rattled him the following day if the stage had taken place.

At the very least, the Dubai Tour gives us a chance to evaluate all the leading sprinters. On paper Kittel was a class apart but we’ve seen him do this before. Cavendish is never quick out of the blocks (having once again mixed track and road in the off season) and shouldn’t be too worried about reversing form with his leading rival. There was a moment on Stage 2 where Cavendish looked to be moving just as fast as Kittel, only to find traffic and give up.

Groenewegen has to be pleased with his race; a further indication he is ready to mix it with the best. LottoNL-Jumbo looked well-drilled and I believe the Dutchman is every bit as exciting as fellow buzz sprinters Caleb Ewan and Fernando Gaviria.

There were also good signs for Degenkolb who this time last year was starting a long and onerous recovery from the Giant-Alpecin training crash. He had to wait until May last season to finish a race and mid-August to take a victory. This year he could tick both those boxes by February 2nd.

Final mentions go to Riccardo Minali and Jempy Drucker. Minali is a genuinely fast Astana sprinter who showed remarkable levels of consistency in a very busy workplace. Drucker, meanwhile, continues to carve a niche for himself on a BMC squad rarely active in big bunch finishes.

Oh and also Floris Gerts. For suggesting an alternative Friday spectacle once the Hatta Dam stage was cancelled. I maintain that it would have been excellent.

Who is in for a 1km ITT on the Hatta Dam? Make this day happen… #dubaitour2017 #alternativeprotocol