The Tour de France is over for another year and we can revert to our ‘normal’ lives without dedicating a chunk of the afternoon to the world’s most famous bike race. Chris Froome silenced (most) of his doubters, Rigoberto Uran rocketed back to prominence and Romain Bardet took his second podium in as many years. However, none of the top three make my Team of the Tour. Here’s who does… 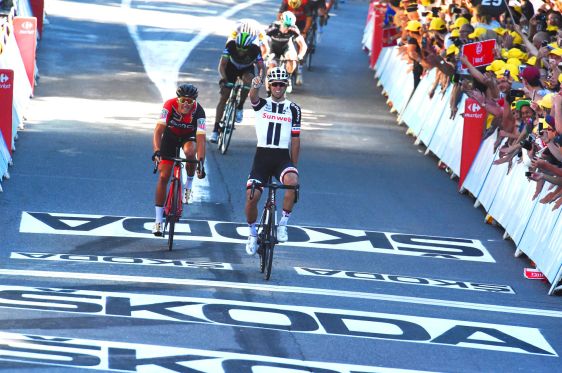 Forget Froome and Uran; based on this year’s race I’d want Dan Martin on my team. For a while I had this spot saved for Bardet but I still believe the Frenchman is capable of better than his tight third place finish. AG2R’s leader had an exhausting spell in the Alps which contributed to a very messy time trial in Marseille – he can do better! Martin, however, squeezed the very best from the hand he was dealt and his difficult moments were certainly not his own fault. He was brought down by Richie Porte for a nasty early fall and lost a handful of time when abandoned by his team mates in the wind. He was a welcome addition to the race and can count himself unlucky to finish down in sixth.

By including Mikel Landa as my team’s domestique I feel like I am adding to an already cruel joke. So often the strongest, Landa was again left frustrated in a number two role and this time his face spoke a thousand words. There was something different about Froome’s fourth Tour win and he now appears to be leaning on his teammates more than ever before. Where once Froome would be set free with 5km to go, he is often now guarded until the final corners. Landa was clearly Sky’s strongest domestique and was eventually afforded a half-baked charge at the podium. The Spaniard accepted his role but has chosen not to sign a new contract. 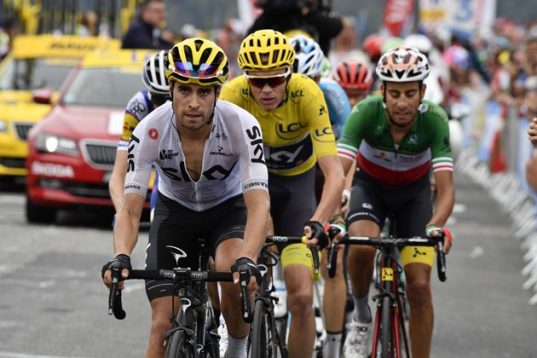 After finishing 11th in 2013, a 57th place finish could be seen as a major disappointment for Kwiatkowski – but nothing could be further from the truth. After Thomas’ departure from the race – and with Sergio Henao struggling badly – the former World Champion was bumped up to number two support rider and was superb as the race crossed the Massif Central and entered the Alps. He would rip the lead group to shreds before pulling off the front. On one occasion he was forced to resort to a track stand whilst his legs cramped to a standstill.  It was one of the best domestique performances of the year. A Milan – San Remo winner has never climbed so well… except maybe Eddy Merckx.

Completing my trio of mountain workers is AG2R’s Alexis Vuillermoz. On paper, Vuillermoz was perhaps the fourth best climber on the AG2R roster but he was strong deep into the final week and wound up with a 13th place finish for his efforts. The 29-year old – who finished 11th in the Giro in 2014 – rediscovered a taste for the high mountains and held his form whilst his young teammate Pierre Latour fell down the classification. AG2R had the numbers to challenge Sky and can take heart from this year’s performance. 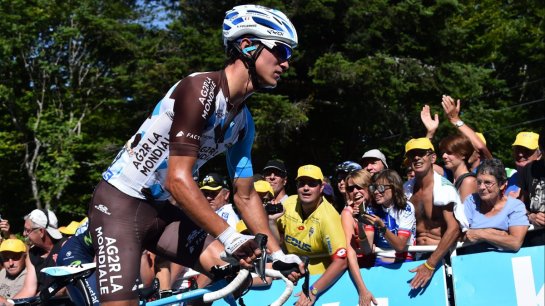 Whilst Nairo Quintana was providing shiny new evidence as to why the Giro/Tour double is not a good idea, Mollema was just getting on with his job. A lot of his work included domestique duties for Alberto Contador but he landed in a big break on Stage 15 and wriggled away for a comfortable solo victory. He was brilliant when putting in a selfless shift for an ambitious Contador on the biggest day in the Alps and appeared to get stronger as the race went on. He’s been climbing at a high level for the best part of sixth months! Last year’s San Sebastian winner is an extremely valuable rider.

We move from the unsung heroes of the race to a very much sang-about Frenchman. After deciding not to ride GC this year, Warren Barguil leaves Paris with a 10th place finish, two stages and the polka-dot jersey. He found himself in a fortunate (or carefully constructed?) position at the end of the opening day in the Pyrenees; 16 minutes off the pace but feeling fresh. He was electric thereafter and joined Landa, Contador and Quintana in their adventure off the front before taking the stage win that slipped through his fingers in the opening week. He saved his best performance for the Col d’Izoard where he ruthlessly shutdown the day’s break and caught last man standing Darwin Atapuma in the final kilometre. Barguil is a very worthy winner of the KotM jersey.

‘Bling’ Matthews is probably my rider of the race and I say that with only a little bias. He added two more stage wins to Sunweb’s haul and the second brought him within touching distance of Marcel Kittel in the race for the green jersey. The German left the race with things finely balanced and we’ll never know if Matthews would have finished the job. Kittel won five stages and Matthews had to try some crazy things to even get close. He could be found in the breaks in the final week and paced himself up some massive climbs in the pursuit of points. The route was designed for a throwback green jersey scrap between the sprinters and after both Peter Sagan and Arnaud Demare left the race Kittel looked an obvious winner. It’s easy to say Matthews took the alternative road to green but his entertaining pursuit and two brilliant stage wins make him a worthy winner.

Despite green jersey disappointment it was an excellent race for Marcel Kittel. Made to work hard for his opening victories, by the start of the second week Kittel was hammering past his rivals in the final 300m. He was much faster than the majority and used his experience to swat away the threat of Edvald Boasson Hagen and Dylan Groenewegen. Mark Cavendish’s absence leaves some questions unanswered but – with his best years ahead of him – preference would have to go to the German in their next showdown. 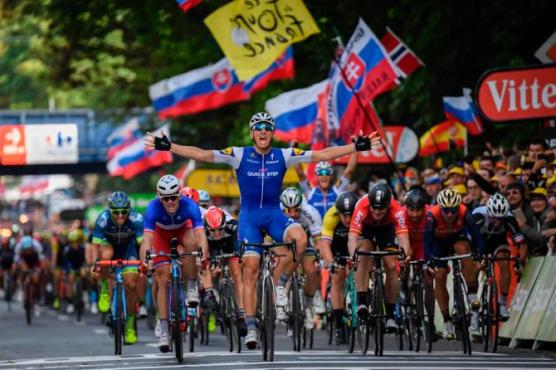 You might raise your eyebrows at this one but I was very impressed with how 23-year old Stefan Kung fared in his first Tour de France. Despite his tender age, this was actually Kung’s third Grand Tour start and he continues to look like a future superstar. In some ways he had a quite and frustrating race allegedly deemed too strong to join a breakaway in the opening week. He did manage a jaunt off the front on the hard Pyrenean stage to Peyragudes which would have been an unfamiliar environment. BMC’s race was shattered by the loss of Porte and it couldn’t have been a fun first Tour for the Swiss TT champion but I was impressed with how competitive he was at such a young age. He was five seconds away from taking the yellow jersey in Dusseldorf and ended the race with another top ten.