This post is a little late. I had intended to post about the frustrations surrounding this year’s La Course immediately after the second ‘part’ had concluded. It’s also late in another sense. This is the first time I’ve posted about women’s cycling – not counting short race predictions – since I started writing back in 2014. An embarrassing admittance when you consider I have watched and tweeted about many excellent one day events over the last few years. 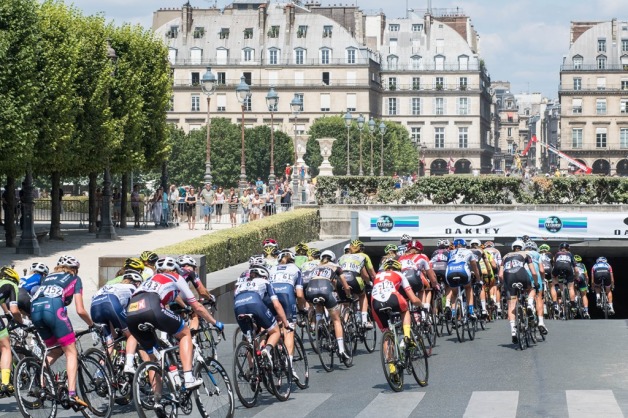 I remember following the women’s road race at the Athens Olympics in 2004 but it was probably four years until I watched another – Nicola Cooke’s victory from 22-year old future superstar Emma Johansson in Beijing. I followed more closely over the next five years and was up to speed for the era of Marianne Vos (how is she still only 30?) and the recent rise of Lizzie Armistead (Deignan).

Nevertheless, my exposure to women’s racing was almost entirely centred on to the run up to the World Championships. I’d be lying if I said I had particularly good knowledge of the Women’s World Cup (which preceded the Women’s World Tour) from the years up to 2015. By contrast, the men’s calendar was all over Eurosport and it was all too easy to watch repeats of the Tour of the Basque Country. 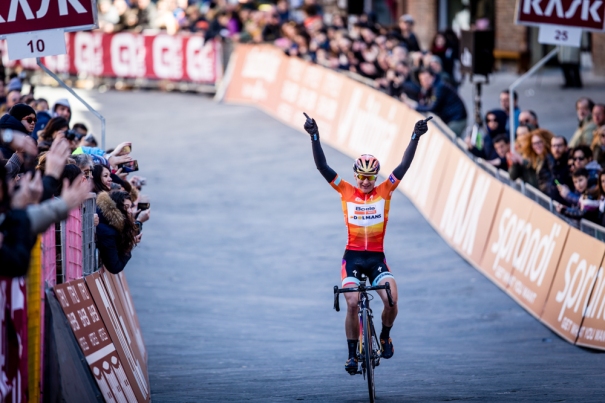 The inaugural Strade Bianche Donne in 2015 was somewhat of a turning point. I love Bianche weekend and was pleased to hear the elite women were having a race on a white gravel route ending in the Piazza Del Campo. Megan Guarnier was victorious, with Armistead back in second. Next up was the Ronde van Drenthe, before Trofeo Binda and a Belgium double with Flanders and La Fleche.

Women’s one day racing was in good shape and a transition from the ‘Women’s World Cup’ to the ‘Women’s World Tour’ has only strengthened the calendar. I’d quickly like to mention @JamieHaughey and his blog ‘My Two Spokes Worth’ for filling in any gaps that existed in my knowledge of the women’s circuit, particularly on form and fitness.

So why – when Tour de France season comes around – is there no good women’s race in France? The ASO tried to mix things up this year but they partially ruined a race up the Col d’Izoard by turning it into qualification for a pursuit that nobody wanted to acknowledge. Yes, it was an improvement on the squashed Paris sprint of previous years but why can’t we see a week-long women’s stage race on the World Tour!?

It’s only fair to mention the Giro Rosa which this year took place on July 9th . With this slot in the calendar currently taken, an elite women’s Tour de France is almost impossible to imagine. But why does the Giro Rosa even taken place at the same time as the money-spinning carnival that is the Tour de France?

The Giro Rosa actually gets a lot right. It’s got a surprisingly long history and usually introduces a selection of interesting climbs at the back end of the race. It’s a tough event too; ten days racing without rest.

Italy hosts several women’s races and it’s no coincidence that they can boast a number of world class cyclists. Between 2007 and 2011, Italy took four World Championship titles with two bronzes for good measure. Things are also looking good for the future and yesterday Italy added a 1-2 in the junior European Championship time trial to their 1-2 in last year’s junior World Championship TT.

The flip side of this logic is that the lack of a major French stage race may go hand-in-hand with France’s lack of leading riders. There’s currently just one French rider in the UCI women’s top 50 (Roxane Fournier, 32nd). A notable absentee is 2014 World Champion Pauline Ferrand-Prevot but she’s had a difficult few years after flying the French flag alone from the moment she burst onto the scene as a 21-year old. Women’s cycling has also suffered in Spain in recent years. Despite being a major player on the men’s side of the sport, Spain doesn’t currently have a rider in the women’s top 40.

However, over the last few weeks I have discovered three races that suggest there is a much deeper interest in seeing a women’s Tour de France; the Tour de l’Aude, Tour Cycliste Féminin and La Route de France. Up until 2004, The Tour Cycliste Féminin existed as a 10 to 15 stage French route and – in many ways – was exactly what we want to see today. However, by 2009 it had become a forgettable four day race and, despite the efforts of Emma Pooley and Vos, this was the last edition.

A year later we saw the final edition of the Tour de l’Aude; a French stage race that stretched back to 1984. It was a popular race won twice each by Judith Arndt, Amber Neben and Susanne Ljungskog.  However, the race took place in May and was never considered a highlight of the calendar, unable to rival the one day races forming the World Cup. It also took place exclusively in the small department of Aude – not much of a Tour de France!

Perhaps the biggest candidate for a women’s Tour de France is August’s Le Route de France, cancelled this year after the organiser, Routes et Cycles, stated that non-inclusion on the revamped World Tour was a snub by the UCI. In many ways this could be good news. The organisers have obviously realised there is a gap in the market and want to push their race to the very top. They’ve promised the race will be held in 2018 if they receive proper acknowledgement.

Unfortunately, the UCI seem keen to stick with the ASO and perhaps the Tour organisers are the only ones who can bring to life a women’s Tour de France. La Route de France deserves a shot at World Tour level but I just can’t see a chain of decisions which brings it to the top of the sport. The ASO will want to build on their minor success and perhaps they’ll use the pressure from fans and rival organisers to create something special.

If the race was to take place concurrent with the men’s – or immediately after the final week – the ASO could use a lot of what is already in place to create a one week course. It doesn’t need to be as long as the Giro Rosa and I firmly believe we can see great racing from a seven day spectacle. It doesn’t even need to loop the whole of France. Perhaps ‘La Nouvelle Course’ could alternate yearly between the Alps and the Pyrenees with flatter stages in the centre of France and a transition towards Paris.

This post was fuelled by the fact that Tour de France fever fails to hit the women’s World Tour. The biggest issue facing women’s cycling is the ongoing battle for a fair share of the money which filters through the sport. Exclusion from the Tour de France party certainly isn’t helping and La Course continues to feel like an afterthought. Much like at the foot of the Col d’Izoard, the only way is up.