Move over Vincenzo Nibali there’s a new threat to Chris Froome. Miguel Angel ‘Superman’ Lopez is also challenging ‘The Shark’ to the most popular nickname in pro cycling. His performances this past week have certainly showcased his superstar potential and you’ll see plenty of superman references floating around Twitter. The origin of his nickname is a little less fun. Swarmed by knife-wielding thieves on a training ride in Colombia, Lopez fended offer any threat and, presumably, saved his much-loved bike. It’s no wonder he’s so cool in the face of the Vuelta’s most daunting summit finishes. 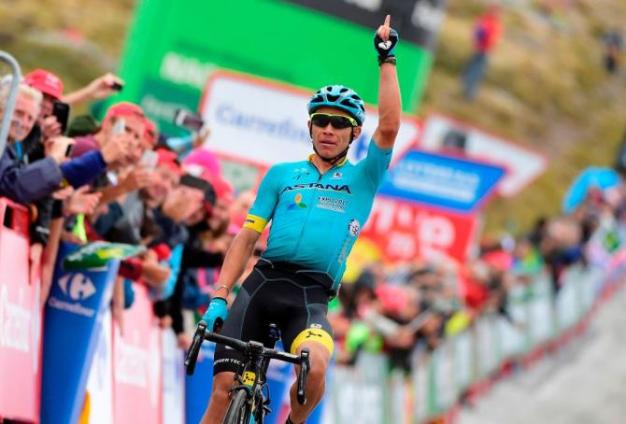 Until Mikel Nieve adopts the moniker ‘The Attack Assassin’ – or Jan Polanc becomes ‘Volcano Man’ – Lopez should top the nickname leaderboard without much competition. But how far can he climb up the Vuelta GC? Outside the top ten at the start of the week, Lopez danced past Froome and Nibali on the Calar Alto on Stage 11 and was up to sixth after he left Alberto Contador behind on the way to a phenomenal win in Sierra Nevada.

Despite sitting just shy of three minutes behind Froome – and nearly two behind Nibali – he suddenly looks a real danger. The Vuelta is all about climbing and Lopez is proving to be the most comfortable going uphill. Whilst Froome continues to deal with Nibali’s best efforts he’ll be very glad to have gained a buffer over the young Colombian.

We don’t usually see too much yo-yoing during a Grand Tour unless somebody’s eaten something bad or taken something naughty. By this logic, the slow-starting Lopez will only get better and the likes of Nicolas Roche and Tejay Van Garderen will continue to freefall.

Tomorrow’s long time trial serves up a free hit to Froome. We know he won’t lose out but how much damage can he deal out? On his best day and everybody else’s worst, a two minute gain is easily possible. He put over a minute into Fabio Aru on a 22.5km course at the Tour de France and the Italian had performed quite well to take 22nd place!

I can’t see Froome outside of the stage top 3 and that’s bad news for his rivals as they tackle the 40km and largely flat course. Sunweb’s Wilco Kelderman has been brilliant this past week and may be enjoying a stealthy podium charge in the shadow of Lopez. The Dutchman’s got big potential against the clock but has only finished one competitive time trial since the second stage of last year’s Eneco Tour!

Can Lopez time-trial? Maybe? Initially I thought he would suffer tomorrow but some say otherwise. A 40km Grand Tour time-trial doesn’t seem like a great fit but he did finish second in the final time-trial of last year’s wonderful Tour de Suisse – which he won in style. 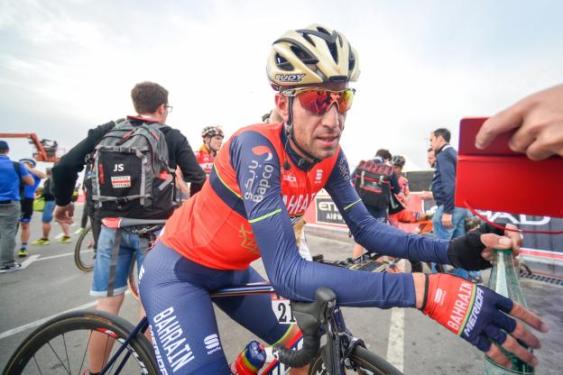 Most of Froome’s rivals will be in defence mode tomorrow. Nibali will be hoping that by dinner time in Logrono he’s still within two minutes of the race leader. Despite not being able to match the lively Lopez, he has continued to climb well. We’ve never really seen Nibali take on Froome at the business end of a three-week race. At the 2014 Tour Froome abandoned whilst Nibali surged to victory. A year later we saw a frustrated Nibali rebuild his reputation after a very poor start in France. This year he seems more measured and I still believe he is the one to watch; Froome and Team Sky seem to agree.

This week we saw Nibali’s compatriot Matteo Trentin snatch two more stage victories and briefly pull away from Froome in the points competition. If big breakaways mop up Stages 18 & 19, Trentin may still have a chance of stopping the climbers from claiming all the jerseys.

Italy weren’t the only nation to complete stage hat-tricks this week as Poland’s Tomasz Marcyznski grabbed a second wonderful stage victory at long odds before Rafal Majka joined the party on the Sierra de la Pandera.

With Esteban Chaves, Darwin Atapuma, Hernan Aguirre, Sebastian Molano and Clark Kent himself, I suspect Colombia will be the next nation to complete a hat-trick of stages.

Am I Dreaming? What I’d Like To See This Week:

Obvious I know. Nibali’s got a fair few critics but I’m not bored of seeing him squeeze a GC into trouble at the back end of a Grand Tour. He knows what it’s like to lose the Vuelta in the closing moments having witnessed Chris Horner climb out of reach in 2013. It’s fair to say he isn’t looking electric but when does he ever? Nibali hasn’t been able to wrestle free from Team Sky but, on the other hand, Froome hasn’t been able to spin away from the Italian.

Dimension Data are down to three riders. I’m not quite sure who stays around after a collection of race retirements but they’ll certainly be plenty of food and plenty of space for Igor Anton, Lachlan Morton and Janse Van Rensburg. Whilst none of this trio are flying, they are all capable of challenging on rolling terrain. I’d love Morton to rediscover his Green Mountain legs and go on the attack one day. Is that too much to ask?

Stages 17 & 18 provide two more uphill finishes. Whilst I fully expect breakaway riders to take victories, I hope the likes of Lopez, Contador and Chaves continue to attack Froome. This isn’t the last time we’ll see Lopez and Chaves challenging for a Grand Tour podium and I hope they don’t get sucked into a battle against each other. Perhaps Contador can have a word or two as he clearly doesn’t care about his GC position – I’m not even convinced he knows where he is…