Can Mareczko win a Giro stage? 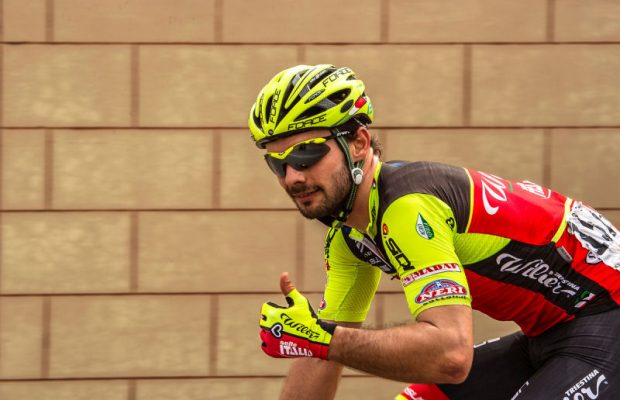 Admittedly, most of Mareczko’s wins come at lower level races outside of Europe; that’s just what Jakub does. But it needs to change.

No one seems to care when he outsprints Nicolas Marini for the seventh day in a row. I’m a (secretly big) fan of the Wilier sprinter but even I understand this collective apathy to his successes. It’s a combination of fact they aren’t very prestigious, aren’t very exciting, and aren’t very difficult. They’re also not very spread out; Mareczko is almost invisible for the core of the European Tour but comes to life in China, South Korea, Malaysia and occasionally Dubai.

To offer a defence, Wilier-Triestina as a whole are pretty invisible in European races. Wins are few and far between on European roads and they just don’t get given enough wildcard selections. That’s not to say Marezcko hasn’t been tested at the highest level; he’s got two Giros, two Sanremos and this year’s Tirreno-Adriatico under his bib shorts. Furthermore, to not many raised eyebrows, Wilier have been granted another wildcard for this year’s Giro. So what can we expect?

Mareczko’s sprint opposition at the Giro will be fierce but not ridiculous. Beneath Elia Viviani, there’s not too much that will scare him. Sam Bennett has delivered a handful of big results but Sacha Modolo, Danny Van Poppel, Andrea Guardini and Niccolo Bonifazio are all riders that Mareczko will want to be beating. Despite being nowhere near the top tier of sprinting, Mareczko is extremely fast in an eye-catching, strangely aero, Caleb Ewan sort of way.

His opportunities to win on the big stage are cut down by a number of recurring flaws. He often launches late and is reduced to an afterthought. In an attempt to remedy this, I’ve also seen him launch bizarrely early and become a highly aerodynamic sitting duck. Somewhat predictably, he’s also very droppable on any long mountain slogs. He’s unlikely to be a factor in the Giro’s reduced sprints. When you consider there are very few proper flat stages, things don’t look good for young Jakub.

Once again, we can point the finger at Wilier to excuse some of Mareczko’s shortfalls. The team need to be visible in breakaways and don’t have the riders to guard him from flag drop to the final 150m. The signing of Marco Coledan from Trek is a boost to the Wilier line-up, but he’s good enough to be taken off ‘Jakub Watch’ and given a free role.

Mareczko can take heart from last year’s Giro where he took two second spots behind Fernando Gaviria and ahead of Sam Bennett and Andre Greipel. These results will count for nothing in Israel this weekend but do at least demonstrate how fast a finish he packs.

Why? Because the stages just look terrible for him. Every sprint stage seems to have a lurking, lumpy climb to navigate at the business end of the race. These stages look made for the strong teams and wily old pros. I’m still convinced he’ll get a World Tour move and he’ll have to in order to progress his career. My first pick would be the heavily depleted Trek–Segafredo, whilst a more comfortable fit might be ED Education First-Drapac (the artist formerly known as Cannondale).

One thing’s for sure; I’ll still be throwing money at him on Stage 2 – potentially the easiest stage until Rome. Let’s hope he’s ready…