Nairo Quintana held his nerve, and more importantly his legs, to swat away our ever-threatening Tour de France champion Chris Froome. Out-ridden by Quintana on Stage 8, Froome was faced with a 27 second deficit which would continue to grow. The Colombian went on to claim his first Grand Tour stage win since the Giro’s Cima Grappa time trial in 2014 and had opened a gap of nearly a minute by the race’s half way mark. The two would then leave the peloton behind on the Pena Cabarga but Froome denied Quintana a second stage win with his stronger finish. 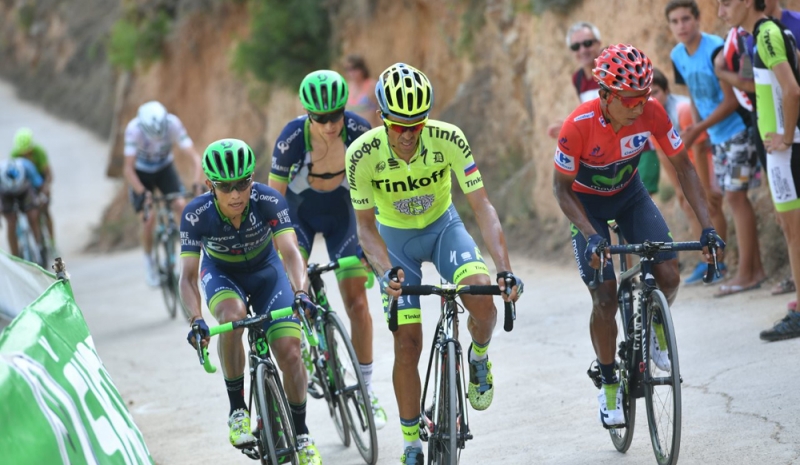 Throughout the race Froome’s form would teeter, caught somewhere between his brilliant best and an end of season meltdown. Importantly he never fully cracked – though the brilliant Stage 15 dragged Froome through his hardest Grand Tour stage since, possibly, Alpe d’Huez 2015. An unprecedented third kilometre attack stirred Movistar and Tinkoff into action and distanced Froome and his wayward teammates. The Brit dug deep, no other Sky jersey in sight, and held the gap under three minutes on the brutal final climb. His head bowed as he was passed by riders not usually his equal and his riding reached a new level of awkward. At the end of the day he was 3:37 adrift but a well-versed Quintana knew better than to rule him out.

The Team Sky playbook might well have had Stage 17 down as a chance for Froome to drag Quintana back a few seconds prior to the time trial. Instead, Quintana, together with Alberto Contador and Esteban Chaves, kicked away from Froome and put the Brit in trouble once more. You would be hard-pressed to name a rider who climbs as naturally as this Spanish speaking trio and their easy style highlighted Froome’s untidiness. Ultimately, however, neither style would be more successful than the other as Froome battled back with stunning resilience. He caught his rivals on the line and suffered no further time loss.

The time trial was always going to be a happier day out for Froome but he dispelled any murmurings of tiredness when taking half a minute out of Jonathon Castroviejo at the first time check. Movistar’s star time triallist was expected to be much closer to Froome who delivered on his threat on the way to a second stage win. Quintana produced a par ride to take eleventh, but still saw over two minutes of his lead fall away. The final race day saw the Colombian follow Froome’s big attack and even pass him in the closing stages. Unlike previous Grand Tours, Quintana looked to have Froome’s measure with something left over. 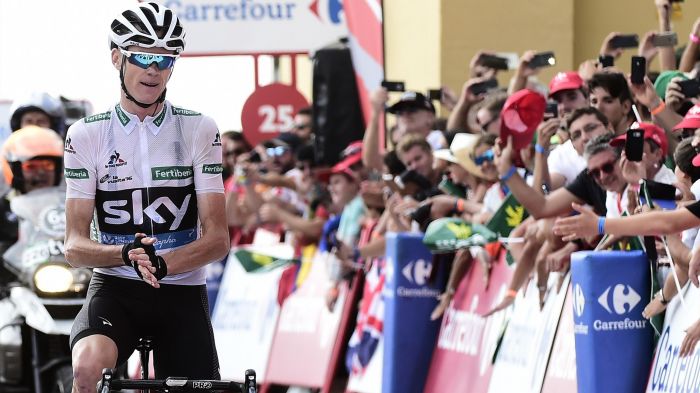 The Tour is undoubtedly the bigger the prize – Froome would rather his placings this way round – but the Vuelta has a certain madness which makes it highly appealing to fans. The race couldn’t match the Giro in terms of drama and late jersey changes but for the second year running it delivered some cracking racing. When it comes to choosing my favourite Grand Tour stages this year the Vuelta’s summits would feature highly. Whilst we long for Alpine duels and long range Ventoux attacks, the Vuelta serves up action on the likes of the Mas de la Costa and makes us stay in all weekend watching gung-ho tactics play out on bizarrely short stages.

Last year we had the rise and eventual fall of Tom Dumoulin, this year we had a proper Froome vs. Quintana battle for the first time. There was plenty more to the race too; Robert Gesink’s win on the Aubisque, Matthias Frank’s breakaway success, Pierre Latour battling Darwin Atapuma, Orica’s two-pronged GC threat and Contador’s non-stop attacking. 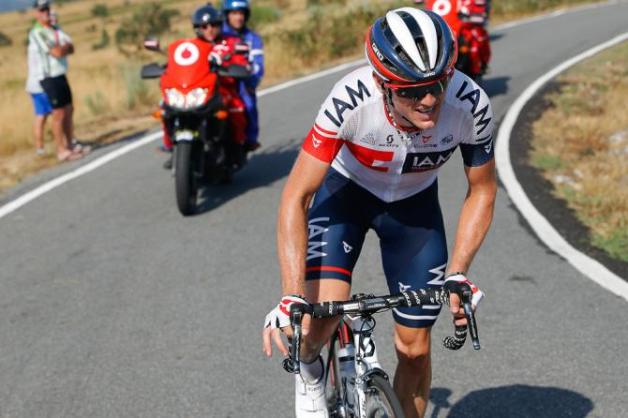 So do we finally have the audacity to call the Vuelta the best GT of the year?

No, not yet. Part of the reason for the Vuelta’s furious style is because it is the third choice Grand Tour. The chess match we see in the final week of the Tour is replaced by a roulette of sorts because riders have more freedom to take risks.  If the Vuelta became the number one race on the calendar the likes of Team Sky, BMC and Astana would have a much clearer plan. Often, Vuelta squads are thrown together just weeks before the race whilst Tour de France squads are pencilled in by the end of January.

Dave Brailsford cut a livelier figure in his pre-stage interviews and there was a genuine feeling of ‘we’ll see what happens’ about his answers. By contrast, at the Tour it’s almost as if Brailsford knows what’s going to happen long before the flag drops.

The Vuelta will never become number one whilst in its current position in the calendar. Fitness plans are designed to have a build-up, a peak of varying length and an expected decline. The Vuelta comes at the end of the season and a full focus on the race would require a rider to have a long build-up to a September peak. However, the race is never going to be just an afterthought with the emergence of the popular Giro/Vuelta double peak. This has been targeted by Fabio Aru in recent years and showcased nicely by Chaves this season.

Beneath the headline names and brilliant racing, it’s also clear the startlist is never as strong. With the utmost respect to three riders who had brilliant races, David De La Cruz, Daniel Moreno and George Bennett would unlikely have made the top ten at either this year’s Giro or Tour. A rider I’ve deliberately not mentioned is ninth place finisher Davide Formolo. A wonderful climbing talent and one of my favourite riders, Formolo remains some distance from being able to challenge for the top ten at either of the other Grand Tours. Performances such as his have helped the Vuelta gain a reputation as an opportunity for the stars of tomorrow.

Lastly, it’s worth mentioning the sprinters. Bravo to Nikias Ardnt, Gianni Meersman and Lorenzo Manzin for finishing the ludicrously lumpy course but, as I read somewhere on Twitter, has there ever been a Grand Tour sprinting selection so weak? Magnus Cort Nielsen emerged as a class apart in the final week but he has strengths beyond sprinting and is arguably the third fastest finisher at Orica-BikeExchange. Meersman landed the two biggest wins of his career in the opening week but failed to get the job done when set up by Etixx thereafter. The bunch sprints were packed with names you won’t often see and Spain remains a place devoid of leading sprinters.

Spain loves climbing and that’s clear with the gradients on show. Fans tend to love climbing too and that’s what makes the Vuelta such a compelling race. It doesn’t belong in the mid-summer or as cycling’s feature event. The Vuelta’s the perfect pick-me-up when we realise the racing season is coming to a close.