Who’s The Most Exciting Rider at This Year’s Tour?

With a surprisingly open GC race and nothing too taxing on the legs, riders should be up for the opportunity to attack, attack, attack.

This year just might be the year for a genuine underdog to try something special; Chris Froome’s looking human, Richie Porte’s cursed by seven year’s bad luck and Nairo Quintana’s looking… exactly like he always does. But even aside from the GC battle, we’ve got Peter Sagan, Greg Van Avermaet, Philippe Gilbert, Diego Ulissi and Steve Cummings.

I haven’t even mentioned Alberto Contador. The one rider who can genuinely claim they have no interest in defending third/fourth/fifth place. He almost deserves the most exciting moniker for the fact he’s the only rider who’d attack the Maillot Jaune from the moment the flag drops. Sadly, if Contador has any realistic ambitions to win the Tour he’ll have to behave. With his current legs, a 65km solo attack is nothing short of suicidal.

Romain Bardet is another GC rider who will look to sneak off the front of the pack. He’s a brave descender and even has the words ‘take the risk or lose the chance’ printed on the top tube of his bike.

Sagan was Mr.Exciting back in 2015 when his desperate pursuit of a long-awaited fifth Tour stage took him up and down mountains and out of his comfort zone. This year he’s been challenged by the ASO to defend his green jersey across a large handful of pan-flat sprint stages. Will he be forced to try something new? I’d love to see the World Champion trade shots with Michael Matthews and old rival Van Avermaet over a three-week format. 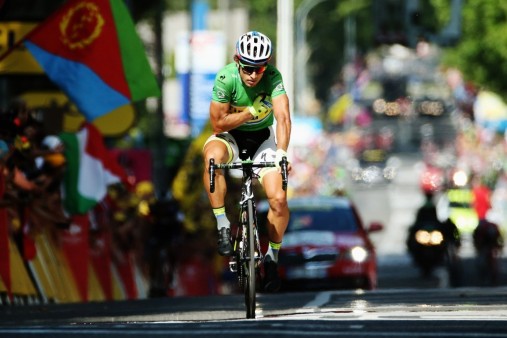 In reality, it’s the headless stage-hunters that will get us through testing times in Vesoul, Troyes and Bergerac. The likes of Thomas de Gendt are the real heroes – merrily dancing off the front with no immediate purpose. Then there’s double national champion Steve Cummings who’s seen his late surges pay riches in the last few years.

When we think about Grand Tour breakaways, the leaderless Cannondale-Drapac come to mind. Surely there’s some excitement to be found in a fit and firing Pierre Rolland, Simon Clarke, Dylan Van Baarle and Rigoberto Uran? The same can be said of UAE-Abu Dhabi. Darwin Atapuma is no stranger to an early attack and Diego Ulissi will be hoping to land a stage on Tour debut.

Thinking outside the box, maybe your ideal stage finish is watching Pierre-Luc Perichon pedal himself into the ground to defend a nine second advantage over the peloton.

Is there anyone I’ve forgotten? 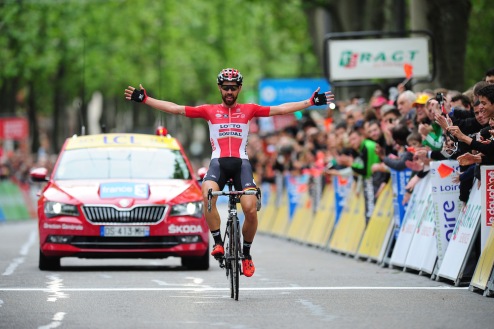 2 comments on “Who’s The Most Exciting Rider at This Year’s Tour?”