We’ve never seen a hat-trick of World Championship victories at either the men’s or women’s elite road race. Two-timer Gianni Bugno didn’t ride in 1993, whilst his compatriot Paulo Bettini was unable to complete a hat-trick in 2008 (the jersey did, at least, stay with Italy). On the women’s side of the sport we’ve seen Giorgia Bronzini and Marianne Vos complete doubles in the last ten years. Bronzini was dropped when going for a third straight title whilst Vos jumped early before tiring in a reduced sprint in Ponferrada. This year Peter Sagan is lining up a famous treble and the bookies are saying he’s the most likely winner. 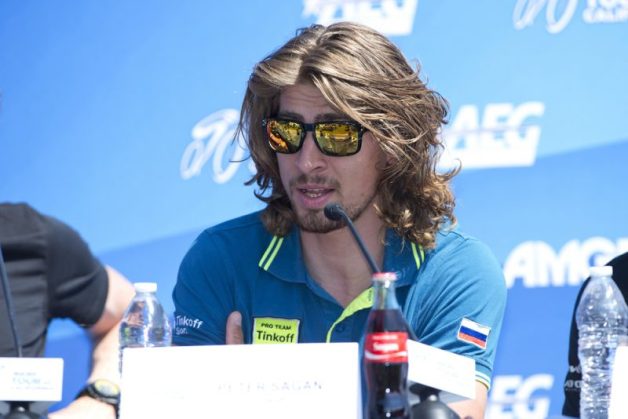 After being stunned in San Remo, Sagan was bested by a couple of handy Belgians on the cobbles and later booted harshly from the Tour de France. Nevertheless, eleven victories – ten at World Tour level – have come has regular reminders of his class.

I wrote about Sagan before and after his sensational win in Richmond and talked him up for a double in Doha. I was quite happy to take Sagan again – along his five Slovakian teammates – when splitting the nations for this joint preview with InsideThePeloton.

Who’s on the plane?

I apologise for the Sagan-centric opening because this year he is joined by a record high number of compatriots. Slovakia has entered six riders including Erik Baska, Marek Canecky, Michael Kolar, Juraj Sagan and Patrik Tybor.

Baska is well acquainted with World Tour racing whilst Kolar has started both Sagan’s previous victories. Kolar failed to finish in Richmond as Sagan worked his magic out front but was by his side until the end in Doha, eventually finishing in 19th place.

Juraj Sagan will work hard for his brother once again, repaying the work the World Champion did for him at the Slovakian Nationals.

Extra spots have gone to Slovakian ITT 1-2 Canecky and Tybor; at 29 and 30 they’ll actually be the senior members of the team! 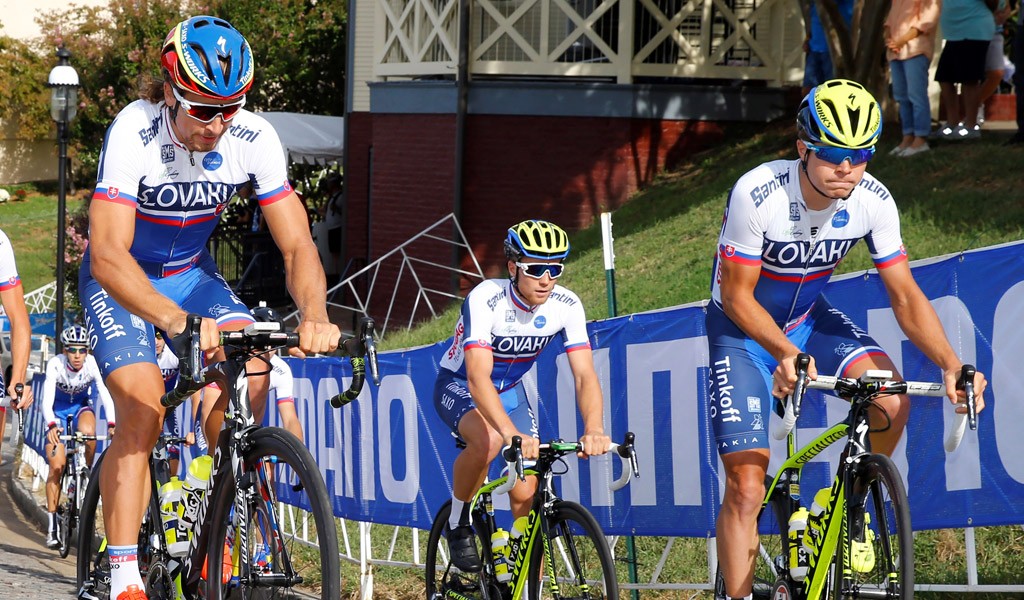 Our current rainbow jersey wearer is the bookies favourite for good reason.

His remarkable sets of results never deserve to go unmentioned. The Slovakian contests every race which suits him – and some which don’t – and it’s difficult to imagine many World Championship circuits that will force him to turn away (although Innsbruck’s recently announced course for 2018 may prove to be one he does decide to swerve).

The five-time green jersey winner is faster than most but can mix it up by joining early attacks or leaping away inside the final kilometres. He’s a wonderfully rounded cyclist and is usually happy to go on the offensive; a rare trait for a rider so often the favourite.

He chases hard, rarely follows wheels and doesn’t know when he’s beaten. Sometimes it feels like everybody is conspiring against him and somehow his pile of near-misses stacks higher than his wins.

There’s nothing more to say – we’ve all seen him ride!

The course doesn’t especially favour Sagan but he has plenty of options to consider.

We’re all excited to see how just how hard Salmon Hill proves to be. Some are suggesting the pure sprinters will get over the top to steal a World Championship win. Sagan would be able to adapt to this situation and he can’t be discounted in a bunch finish.

However, the amount of climbing amassed over the multiple circuits indicates we won’t be seeing a regular bunch sprint. Anybody who watched Wednesday’s brilliant time trial will know that the climbs of Bergen can do some serious damage.

This isn’t necessarily an issue for Sagan, who regularly shows he is a competent climber during the Grand Tour season or at the Tour of California.

Nevertheless, there are plenty of better climbers in Bergen and Sagan needs to be wary of a big final attack. His rivals will be queuing up and his teammates could be long gone. In San Remo he jumped the gun and caught many of them sleeping. I’m not sure this tactic will work in Bergen; it didn’t really work in San Remo!

Sagan’s got more than enough strength to win a third title but this will be a harder race to control. Nobody will work with him. Which he hates.

Sagan was great value at 9/2 ahead of last year’s race but at 5/2 I believe he is under-priced for this difficult Bergen course.

I’m sure there’s a healthy respect between Sagan and Van Avermaet but that doesn’t stop them locking horns throughout the season. Sometimes the battles are brilliant with both riders exploding up the Mûrs of Flanders.

On other occasions they are far more tactical and Sagan has seemingly grown tired of Van Avermaet’s more conservative, thought-out, and ultimately successful tactics. 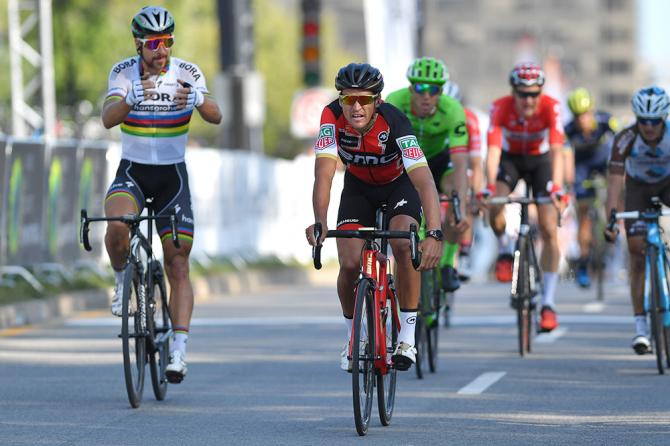 However, it’s actually Michal Kwiatkowski – Bergen’s second favourite – who has dealt more pain to Sagan. They raced against eachother as juniors at the Peace Race in 2007 and their careers have been entwined ever since.

In 2014, Kwiatkowski responded to Sagan’s attack at Strade Bianche before soloing for victory. The Pole rode away from him at E3 Harelbeke in 2016 and got the better of him for a third time at this year’s Milan – San Remo.

@InsidePeloton96 on Sagan… “The man the myth the legend, heart says he completes the triple, head says the others gang together to stop him making history…”