Okay, so what happens if it’s not Peter Sagan, Greg Van Avermaet or Michael Matthews? What happens if Michal Kwiatkowski goes missing or Julian Alaphilippe cracks?

The World Championships attracts anybody with even a whisper of one-day form as well as a whole host of Grand Tour stage winners. We’ve seen aggression in the U23 races with superstar-in-waiting Elena Pirrone going solo in the women’s race and both Benoit Cosnefroy and Lennard Kamna holding their advantage to the end of the men’s. I’m expecting a great race on Sunday and there’s plenty of eye-catchers further now down the list. 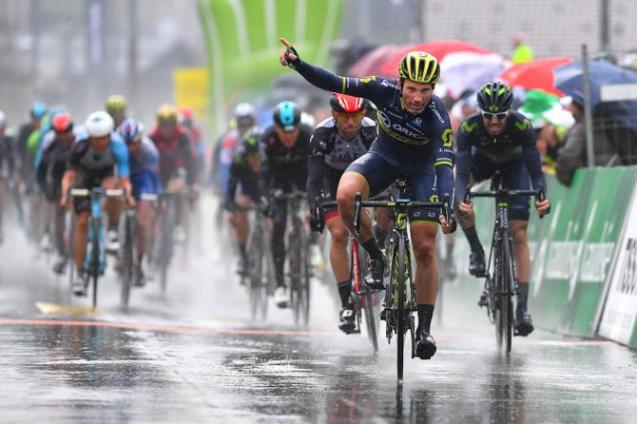 Albasini has everything required to podium at the World Championships. He’s quick, strong on the climbs and shrewd tactically. He did make an error at Liege in 2016 – where he towed Wout Poels and Rui Costa up the final climb before losing out in the sprint – but was arguably that day’s star performer. He’s a man for the big races and has comfortably outperformed the departing Simon Gerrans for Orica this year. Perhaps at 36 he’ll be lacking some explosiveness but tell that to Alejandro Valverde!

With five teammates including Stefan Kung, Michael Schar and Silvan Dillier he will be suitably looked after. Most importantly, he’s been in good form recently taking a win in Italy.

Here comes Alexey! Lutsenko’s price for the Worlds would have produced a lively graph over the last few weeks. He was a three-figure price before the Vuelta, as short as 66/1 after he romped home from a breakaway in Alcossebre and back up to 80/1 after Sander Armee left him for dead on a steep finish in Liébana. At the time of writing, he’s up to 125/1.

Lutsenko’s a powerful rider with the freedom that comes with not really having a specialism. He’s gained many fans over the last few years (well, I can think of at least one other person) with his aggressive style of riding. He even led solo on the Col d’Izoard at the Tour de France; this from the rider who came third at Dwars Door Vlaanderen.

He’s a little like Steve Cummings in the sense that if he wants to be involved, he’ll probably be involved. Will he have a say it Bergen? 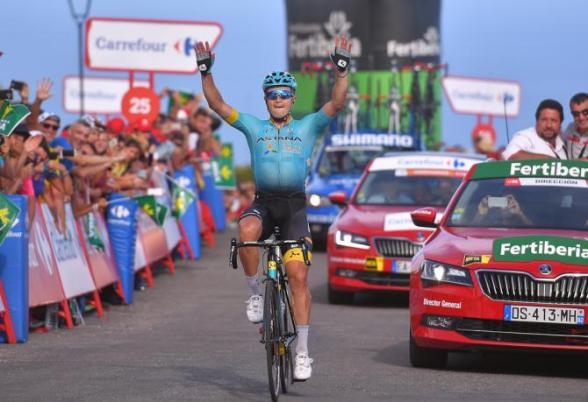 His price is disappointingly short but you can’t blame the bookies; Dumoulin is the recently crowned World TT Champion and the winner of a brilliant Maglia Rosa. He was also a member of the winning Sunweb TTT team and the Netherlands have painted Bergen orange over the last few days. He’s probably a future Tour de France winner…

The Netherlands bring a squad that’s a more suited to climbing than sprinting. There’s no Dylan Groenewegen and Danny van Poppel is likely to be a Plan B (or C, or D). Bauke Mollema will be hoping to show his San Sebastian form but you’ve got to look out for Big Tom.

It’s Stages 6 & 7 of this year’s  Binck Bank Tour which make me think he could have a crack at landing the road race. He was sharp and surprisingly quick when mixing it with a who’s who of the spring classics.

Luxembourg’s Jungels is somewhat of a Dumoulin Lite.

I don’t mean that it a bad way; there’s plenty who think Jungels will one day make a similar transition to top tier Grand Tour racing. He’s already placed sixth at the Giro – he’s not that far behind!

He’ll have two teammates with him in Bergen and in Jempy Drucker Luxembourg may actually offer a two-pronged attack. Jungels looked tired at the Tour de France but impressed me when closing down his former breakaway allies at the end of Stage 19. He’s a man with nothing to lose; isn’t there a quote about them?

Fernando Gaviria is a rider that both me and InsideThePeloton have so far ignored in our previews. He was my top pick for last year’s road race – I feel like I’ve betrayed him!

The betrayal continues as I actually have more of an interest in his compatriot Uran. His price varies across the board but is usually around 80/1. He finally made me into a fan when sprinting to a Tour de France stage victory from an elite group on a bike stuck in a single big gear.

We know he’s got a sprint and he certainly won’t be fussed by Salmon Hill.  Oh, and he’s Carlton Kirby’s pick.

Look at Rigoberto Uran for the World Title. 150-1… Go e/w. Course is rewarding long range attacks to the line. Climb tops out 10k to go 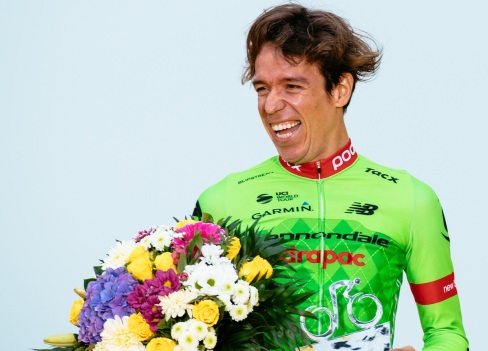 I’m sticking with Michael Matthews; the Aussie’s got most of my money in the back pocket of his jersey. He’ll be followed home by Sagan – who won’t be far away from any victor – and I’ll plump for Albasini to come third.

I don’t expect the fragile sprinters to survive and I am expecting attacks. Nevertheless, a reduced sprint is the likeliest outcome and that’s a happy hunting ground for Matthews.

I’ve also got money on Alaphilippe. I’m convinced he’ll attack and I’m sure the course will suit him. If he isn’t too tired from the Vuelta – let’s not forget he did have four months off following a knee operation – he could be about to land a huge victory.

I’ve also got pennies on Jungels, Lutsenko and my favourite Italian.