(Not So) Quick Picks: Milano-Torino

By MikeFranchetti in Previews and Reviews on October 3, 2017October 5, 2017
No comments

The best race you (might) not have been watching returns on Thursday, for ‘just’ its 98th edition. The first race was actually held in 1876 which means it’s older than Swan Lake, Tomato Ketchup and even the Gramophone. Some sources state the modern bicycle wasn’t even invented until 1885 – what were the ten original starters even using? 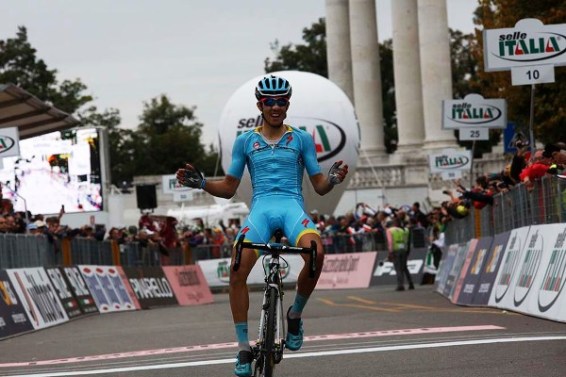 Plenty of gap years at the turn of the 20th century and a sad absence between 2008 and 2011 have delayed Milano-Torino’s certain entry into the 100 club.  I’m not quite sure why I love this Lombardia leg tester so much. Prior to 2012 the finish followed a descent of the iconic Superga but a move to a hill top finish has made for some great races and Alberto Contador’s only victory in a one-day race.

The race has been thrown around the cycling calendar but Turin’s Colle di Superga has been a regular launch pad. The race attracts a lot of Italians and a lot of climbers; what’s not to love? 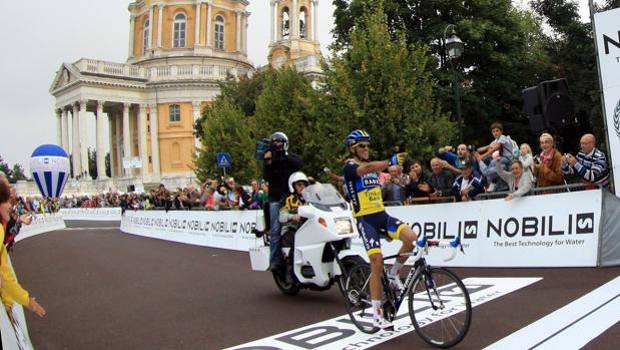 The Superga is harder than it looks and definitely unbefitting of the title ‘hill’. It’s 5km at an average of 9.1% and will be tackled twice, I’m going to stick my neck out and say that’s too hard for one of my favourite riders; Mr. Julian Alaphilippe.

In 2016 we saw Miguel Angel Lopez set off in pursuit of Michael Woods before attacking him, being pegged back and attacking again. The Colombian finally broke free inside the final 500m.

Woods and Lopez finished seventh and eighth at last month’s Vuelta but neither are returning to the startline in Milan. Woods has not been included in Cannondale’s squad whilst Lopez is likely to drop out of Astana’s. Vincenzo Nibali and Diego Ulissi are other big names who won’t be tackling the picturesque route to Turin.

We’re left with an intriguing selection of contenders and the possibility of a surprise winner.  Team Sky’s roster looks like a list of riders who deserve a big ‘thank you’ for all the work they’ve done this year for Chris Froome. Quick-Step and Sunweb also bring stacked squads and there remains a Colombian threat in the form of Nairo Quintana, Rigoberto Uran and Egan Bernal. Here come my picks…

Astana have hit some nice form since exploding on the final day of the Vuelta. Admittedly the Tour of Almaty is basically a Criterium destined to be won by Alexey Lutsenko, but Jakob Fuglsang grabbed the second stage and the team also took victory at the Gran Premio Bruno Beghelli. There’s nothing particularly exciting about Fuglsang’s form but he should be fresher than Fabio Aru. The Italian has looked desperately tired at times over the last few months. I’m interested to see how Astana play the rest of the Italian classics, particularly as I expect Miguel Angel Lopez to head for a winter’s rest.

I’m hoping to see Brambilla co-lead Quick-Step at Milano-Torino. Their line-up is as good as any on offer (shock) but I think things may be too hard for Alaphilippe and Bob Jungels. I’d be shocked to see Philippe Gilbert take on the leading climbers which leaves Dan Martin, Davide De La Cruz and Gianluca Brambilla. Not bad for a team who didn’t even come to the race twelve months ago! I’m hoping Martin saves himself for Lombardia and Brambilla gets a chance on home soil.

Eeny, meeny, miny, moe who from Sky will have a go…. If Team Sky doesn’t have a rider in the top ten tomorrow I’ll stop writing previews. When Diego Rosa is arguably the sixth strongest climber on your team you know you’ve got an insanely strong lineup. A quick glance at the form book suggests Sergio Henao or Michael Kwiatkowski could be Sky’s leaders whilst a quick glance at the road book indicates Mikel Landa or Wout Poels. I’m plumping for Diego Rosa because he’s Italian, motivated and a previous winner on the Superga. And I like him best.

You might think I’ve lost the plot with this one but stick with me. Once again I’m making the assumption that a team’s strongest rider will be saved for Lombardia. Thibaut Pinot seems to enjoy the Italian climbing classics but I’m interested in Sebastian Reichenbach at much longer odds for this 1.HC rated event. He was well down at the Giro dell’Emilia but attentive in Montreal at the start of September. The Giro was his only Grand Tour this year and he ended the third week with superb form. Can I see him pedalling away from the field on the Superga? Probably not but crazier things have happened.

*Update 04/10/17* Reichenbach crashed at Tre Valli Varesine and will not start. Let’s throw Orica’s Jack Haig into this slot. The Aussie has been flying recently.

I’ve cheated with this one but I can’t pick between Sunweb’s fab four (yes, I’m including Team Time Trial World Champion Sam Oomen). Dumoulin is this season’s superstar but I still find it hard to imagine him tearing up the Superga. Presumably he’ll have piled on a few pounds for his dominant time trial display last month. Wilco Kelderman ticks a lot of boxes but may be tired; it’s difficult to argue he would have had this race circled on his calendar. I was surprised to see bad boy Warren Barguil on the startlist but perhaps he still has a few friends in the Sunweb set-up. He was 10th last year and might just leave Sunweb behind with one last big victory.

There are plenty of others on the startlist worth noting. Movistar’s Dani Moreno loves this race and Rigoberto Uran’s clearly in good form. I think I’ve covered my back now…