What will happen in the final week?

Last Thursday, Alaphilippe was found guilty of doping after failing a test which showed traces of the drug “winning La Fleche and a Pau time trial in the same year”. He requested a b-sample, but unfortunately this showed an illegally high level of the facial hair growth aid “hanging with the big boys on the Tourmalet”. Shockingly, the UCI are yet to kick him out of the race. He now heads to the Alps but may be on the brink of exploding. Here’s a dive into what could happen in the final week. 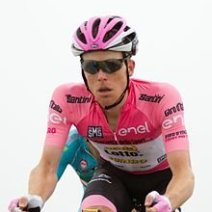 Alaphilippe has put together a stunning second week to hold a lead of over 90 seconds to a busy selection of climbers. His Tourmalet performance was remarkable and he survived some ugly slopes to drift effortlessly into the elite group and sprint to second. He’s doing what Tommy Voeckler did… but better. This makes sense when you consider he has twice the talent of The Great French Tongue. The work of King Julian is far from done but big performances in the mountains should no longer surprise us. The 2018 KOTM winner can perform on the slopes, even fully-fledged Pyrenean affairs like the stage he won in 2018. Over shorter stages he could be even more effective, especially if he gets to the bottom of the final climb in one piece. Despite the positive, Alaphilippe looked sore on Sunday afternoon and we may have witnessed the beginning of the end.

The Method: Be incredible again

Not only did the rest day come at just the right time, but the start to the final week will give Alaphilippe an extended period of calm. A rival could try something on Wednesday’s bump into Gap but this just doesn’t seem wise. He’ll need to bring his superhuman level to Thursday’s trio of alpine ascents (no matter how many eyebrows are raised) and if he holds over 60 seconds on Friday morning he’ll really start to believe in himself, despite the remaining altitude.

Verdict: I don’t believe Alaphilippe can repeat his Tourmalet performance on Thursday. So much could go wrong, and I still think it will. He’ll fight hard enough to take a brilliant result. Possibly sixth in Paris.

We’re finally witnessing the Pinot we’ve all been writing about for the last four years. Whilst it’s true that plenty of punters backed Pinot for a huge victory this year, each would likely have done so on plenty of occasions. In other words, Pinot has threatened a number of times but always failed to deliver. He’s landed on just one Grand Tour podium since breaking through in 2012. Nevertheless, nobody can deny he’s looked great. His response to losing over 90 seconds in the crosswinds has been superb. There was no sulking, bike-throwing or loss of heart.

If the Tour continues to unfold as it did in the Pyrenees, Pinot wins the Tour for France. One more difficult day for Thomas could see Pinot jump into second, and gains of around thirty-five seconds a day (combined with a second stage win) will see him past his compatriot Alaphilippe. However, Pinot will not want to wish another Tour de France away. There’s a danger that he remains strong into Paris but loses the jersey by a devastating matter of seconds. It’s unlikely he will ‘wait around’ to see how his rivals are doing. Pinot needs to go hard on Thursday’s final climb, and then again on Saturday if needed. He can’t rest.

Verdict: Pinot should win the Tour from here. But please, please, don’t celebrate too soon. 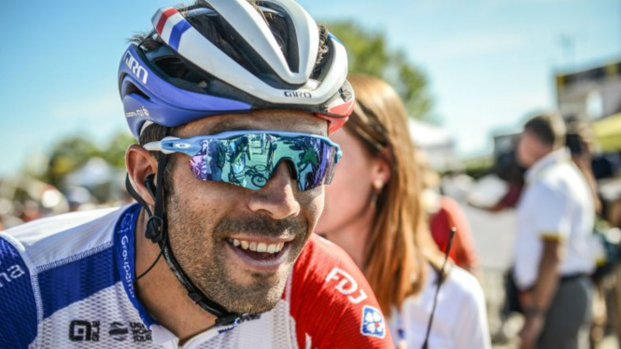 Somehow Bernal – who’s riding his first Tour as a leader, sitting just two minutes off the lead, and climbing better than the defending champion – has disappointed a handful of cycling fans. Perhaps this is testament to how dominant he has been in flashes this season. Nobody expected him to be dropped by Pinot but he remains well in the mix and gained time on two of the riders ahead of him on the test to Foix. He’s also being piloted by the masterminds who have delivered six of the last seven Tours.

The Method: Heist in the Alps

Discounting Alaphilippe, there is thirty seconds between the top five. And if it’s close, Brailsford wins. Pinot is well equipped to defeat the monster that is Team Ineos but talent alone doesn’t win Grand Tours and the target on his back will only grow as he edges towards favouritism. Pinot becomes particularly fragile once teammates Sebastien Reichenbach (amazing) and David Gaudu (phenomenal) have been defeated. Ineos could look to isolate Pinot on the first day in the Alps, but it may be wise to ride patiently and favour a smash and grab in Val Thrones. The brutal ascent to the ski resort was won by a Colombian the last time it was included and Bernal will be hungry to make it two from two. Even depleted, Ineos are in a strong position and could have a numbers advantage when it really matters.

Verdict: Very possible. Bernal remains one of the race’s top three climbers and won’t fear the remaining terrain. Ineos are too clever to explode.

Kruijswijk – who has been a pleasant addition to the Grand Tour GC scene – has a very real chance of winning the Tour. As a climber who can time trial well (not a time triallist who can climb) he almost exists in his own category in the 2019 peloton. Unfortunately, despite sitting third in the GC, Kruijswijk has been unable to drop the key protagonists on the slopes so far. He remains three seconds ahead of Pinot but gained over two minutes before we reached the mountains. The Dutchman’s emergence has come at the same time as the increase in support for short mountain stages and he’ll be familiar with the whiff of madness in the air as the race reaches the Alps. Unfortunately, short stages haven’t always been his friend. He has twice lost a Grand Tour podium position on a stage of 135km or less, including at last year’s Vuelta.

He’ll need to go hard and early on Thursday’s longer stage. Thankfully, Jumbo are capable of putting everybody into difficulty. The Galibier ascent – which effectively starts with the Col du Lautaret climb – is a brutal drag and I think Kruijswijk, along with George Bennett, will enjoy it. Jumbo can’t carry allow Ineos and FDJ an easy ride to the final 10 km. If they do, the big man will be kicked out of it.

Verdict: No, I just can’t see the Dutchman winning the game of chance that is the Tour’s final week.

Movistar have nothing to lose. Even with Ineos looking surprisingly insufficient, they have been unable to take control of the yellow jersey. Nairo Quintana remains a joke, Alejandro Valverde an enigma, and Landa a frustration. Management need to blow the squad apart next season; but not before they blow apart this year’s Tour. To their credit, Movistar’s undercard remains strong with Marc Soler putting in a number of mammoth turns.

The Method: Destroy everything

The Spanish outfit have had plenty of success on short mountain stages and I expect them to govern the early roads on Friday and Saturday. Landa is the best hope and Valverde looks to be on board. The Basque native needs to make up a whopping five minutes, reduced to around three if Alaphilippe goes bust. Is it possible that Movistar splinter the race wide open and Landa cleans up on Saturday? Unfortunately, Friday doesn’t look hard enough for the necessary selection but, genuinely, what do Movistar have to lose? (And don’t say the Team Classification). Movistar ‘going nuclear’ will also help Emmanuel Buchmann, who is within touching distance of the jersey and may benefit from unexpected splits in the Alps, no matter the source. He’s been a sensational flag-bearer for German climbing and the show’s far from over.

Verdict: No, the Tour won’t go to Landa, but Movistar will enjoy the freedom they have in the Alps. They’ll put all the other teams on edge.

1 comments on “What will happen in the final week?”