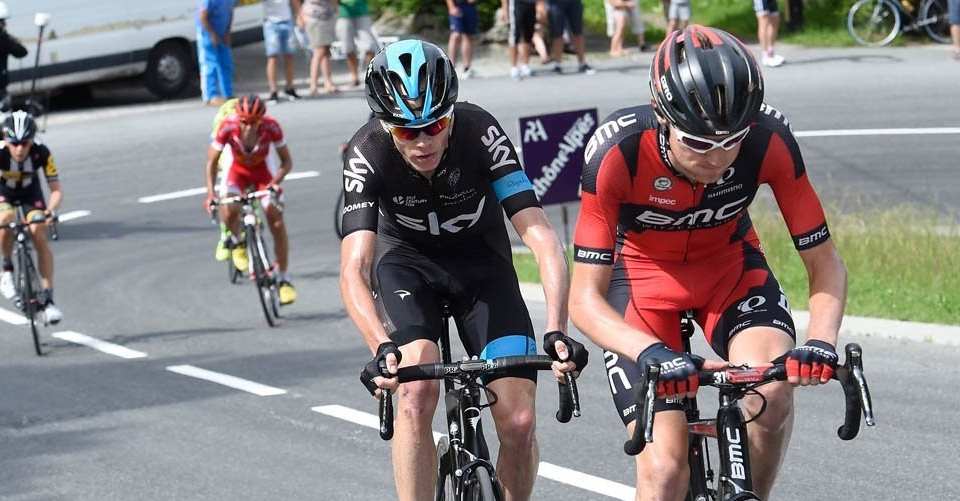 Even the hardiest of ‘Gardenites’ will accept that Tejay van Garderen will never win a Grand Tour. In fact – in the most cynical of company – suggesting van Garderen could ride to even a stealthy top five will be met with hilarity. He cracks far too often and can’t string together enough good days. He’s just a time-triallist. He’s just not good enough. Even Lance couldn’t help him!

It might be difficult to remember that van Garderen was hot property when riding to an effortless fifth place at the 2012 Tour. He finished over six minutes ahead of Thibaut Pinot in the best young rider competition and breathed new life into American stage racing.

The 23-year old had started the race with the sole intention of helping Cadel Evans defend his Tour de France title but jumped into the top ten with a blistering time trial and it was soon obvious that he needed to be free from duties (#FreeTejay). Evans began to crumble in the Alps, and was paced up La Toussuire by his younger team mate. Later, in the Pyrenees, the Australian completely fell apart and the torch was (reluctantly) handed over. The New York Times wrote “Yellow may be the colour of Tour legends, but white is often a predictor of future greatness in the race”. Bleacher Report added “His time will come. That much is far from debatable. He has plenty of time to turn his dreams into reality”. 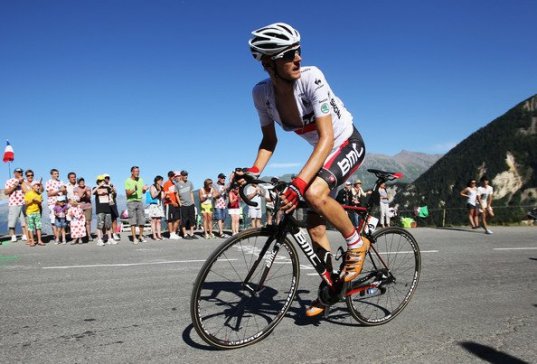 You’ll probably know that Van Garderen has been unable to make the most of his ability – especially on European roads – and currently rides for EF Education as a secondary option to the equally as erratic Rigoberto Uran. Despite this fall from grace, he has retained a solid following and was a very popular stage winner at the Giro last May.

But van Garderen’s fall from ‘Armstrong’s heir’ to ‘stage hunter’ hasn’t been as quick as some would have you believe. Things nearly fell into place for the American in 2015. It’s a sad story that lasts no longer than forty days; stretching from the Dauphine to the final week of Chris Froome’s second Tour victory.

At the Dauphine BMC dominated the team time trial with van Garderen moving into second behind teammate Rohan Dennis. Two days later the American was in yellow, stomping away from Chris Froome on the famous climb to Pra-Loup. Team Sky has an affinity with the Dauphine and Froome was riding hard in pursuit of stage leader Romain Bardet. The Brit attacked but was hauled back by van Garderen who then pulled away in the final kilometre. He gained just a mere four seconds but it was a surprising visual. Neither are pretty climbers but this was the start of a short, strange but exciting duel. For most of his career van Garderen had been a ‘follower’, grinding up climbs with his diesel-like engine. That looked like it had changed on June 11th 2015.

Vincenzo Nibali seized the lead the following day after landing in a fortunate breakaway – but the Italian was not strong enough to contend on the Mont Blanc stage. Froome and van Garderen were the last men standing on the brutal 8% climb and neither had a teammate. Froome stole 17 seconds but van Garderen moved back into the race lead and took another chunk of time from a very talented field. The Brit would prove too good on the final stage, snatching the Dauphine victory courtesy of another stage bonus. Nevertheless, the ‘New Tejay’ looked good.

Overshadowed by a ‘big four’ line-up of Froome, Nibali (2014 Tour winner), Nairo Quintana (2014 Giro winner) and Alberto Contador (2015 Giro winner), Tejay headed into July with reasonable podium hopes. If Froome was to falter, he could even pick up the pieces. It seems unfathomable now, but corners of the cycling world were beginning to believe.

Helped by a good ride on the Huy, another BMC TTT victory, and the ease at which Quintana was throwing time away, van Garderen strengthened his podium claims in the first ten days. After stage 9 he sat second, just 12 seconds from the lead.

But that was as good as it got. Everybody was pummelled by Team Sky the following day and van Garderen was beaten comfortably by two of Froome’s domestiques. He steadied the ship over the next few stages but looked no match for Froome and Quintana.

And then, sitting in third place, van Garderen was set to return to Pra-Loup; where everything had begun just over one month previous.

Except he never made it there. He was dropped on the first climb and was clearly suffering from illness. He fought on but looked to have little chance of making the time cut, let alone surviving with any GC ambitions. He retired into his team car in tears. There had been no obvious sign of illness just 24 hours previous, but the team doctor later confirmed he had been battling a respiratory infection which had quickly worsened.

In an audio released by BMC, van Garderen broke hearts by saying “It was hard to look my teammates in the eyes. It was hard to call my wife and explain what was going on” later adding “I want to disappear right now”. His words added to the already strong sense that van Garderen had just seen his best podium chance slip away.

At just 27 years-old there was no reason he couldn’t bounce back but a glance at his results over the next few years will confirm he never really recovered. It was the first Grand Tour he failed to finish but he added a second at the Vuelta in September.

The following year BMC signed Richie Porte to assemble possibly the most talented but least effective super-duo of this generation. Much has been said about the cursed luck of Porte, but van Garderen, too, has reasons for rue.

At the time of writing, van Garderen has just abandoned the 2019 Tour de France with a broken hand. But let’s forget the hard times and celebrate the day he dropped Froome. 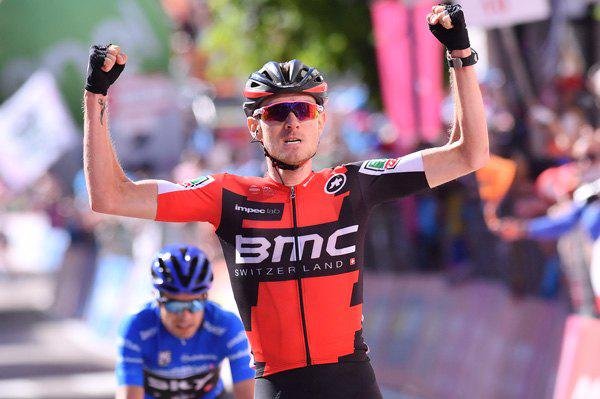