Following the sudden rise of Tadej Pogacar and Egan Bernal, it feels like Astana’s Miguel Angel Lopez was “the next big thing” for all of five minutes.

The buzz around Lopez did, in fact, last well over eighteen months; roughly starting mid-way through his breakout Vuelta Espana in 2017 and following him round during a superb Grand Tour double podium (twice third) the following year. After winning in Catalunya he arrived at this year’s Giro to head a dizzyingly strong Astana line-up, primed to take on worthy favourite Primoz Roglic. However, before the race had even reached the mountains, Lopez was five minutes off the pace and a string of bad luck would later lead to an angry confrontation with a spectator.

By the end of July, the world of professional cycling had added two new riders to its long but reputable list of Grand Tour winners. Both were South American, born at altitude, and in the mould of archetypal climbers, but neither were named Miguel Angel Lopez.

Nevertheless, at the start of last month’s Vuelta the 25-year old Colombian found himself second favourite; behind Roglic in the market once again. Unfortunately, despite numerous planned sieges by Astana, he was unable to reach his expected level and Roglic was crowned the third new Grand Tour winner in as many races. Additionally, the sensational Pogacar – only twenty years of age – had surpassed all lofty expectations to take a hat-trick of mountain-top victories and climb to a place on the podium.

It’s worth noting that despite a disappointing campaign – with an unfair share of bad luck – Lopez was able to finish both the Giro (7th) and Vuelta (5th). His Grand Tour record now reads 8th, 3rd, 3rd, 7th, 5th since abandoning on debut in 2016. It’s an enviable set which guarantees Lopez contract offers, leadership opportunities and a wide range of supporters. It could also be argued that a pair of top ten finishes would be celebrated for the likes of Wilco Kelderman, Emanuel Buchmann or even Steven Kruijswijk. That there are undertones of disappointment surrounding Lopez’s season is testament to the fact we all thought he was pretty special. 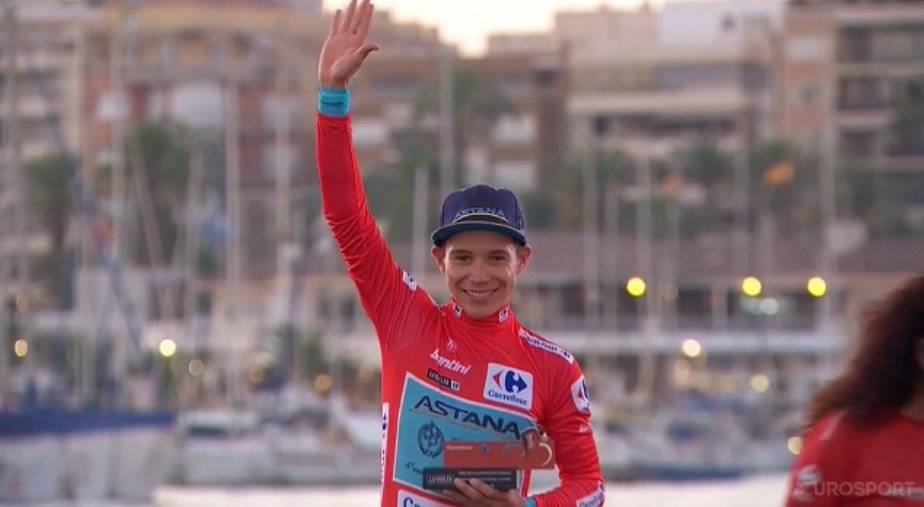 It appears “Superman” Lopez is in danger of losing his cape, donning a pair of glasses, and undergoing a rebrand as Clark Kent.

On face value he’s still a phenomenal climber who genuinely believes he can beat his rivals into a leg-numbing submission whenever the road goes upwards. At just 25-years old he has already collected sufficient podiums to satisfy that hunger, and clearly believes it is time to win jerseys; an attitude welcome on any start line.

The problem for Lopez is the rapidly changing cycling landscape. Against a background of aging Froomes and retiring Contadors, Lopez was a safe bet for big success. But suddenly he is faced with the prospect of fighting for honours with Carapaz, Bernal, Sivakov, Pogacar and (whisper this one) Remco Evenepoel for the next ten years. Not to mention the immediate obstacles in his path such as Simon Yates, late-bloomer Roglic and a peaking Tom Dumoulin.

Nobody should question Lopez’s talent or ambition, but will there ever be a route to the top step not blocked by a superior time-triallist? Grand Tour winners Carapaz and Bernal look equal to Lopez on the high slopes, and are considerably better than him against the clock. This fact is as surprising as it is worrying. Both Carapaz and Bernal are mediocre time-triallists and face the same difficulties as Lopez when attempting to topple the powerful new-breed of Grand Tour rider. The rolling TT was kind to Lopez at this year’s Giro, but he still faltered to a near two minute deficit to the eventual Ecuadorian race winner whilst shedding even more time to Roglic, Vincenzo Nibali and Bauke Mollema. Furthermore, Carapaz’s move to the Team Ineos setup promises healthy gains in aerodynamics.

With ten years of racing ahead of him Lopez has plenty of time to iron out his technical flaws, but the challange is easier said than done. Romain Bardet has perfectly illustrated the difficulties of trying to win Grand Tours with an aversion to time-trialling. The brave Frenchman has honed his craft and reached lofty Tour de France heights but peaked at a time where the Tour talent pool had a comparatively low ceiling. Froome was marching to a third Tour de France victory and the supporting cast had almost given up. Lopez, by comparison, will be challenging for honours during an extremely competitive decade.

With five GT top ten finishes before turning 26, Lopez tops the hastily prepared table below. Third in the table is Fabio Aru who started his Grand Tour career with a dazzling set of 3rd, 5th, 2nd, 1st. The Italian has suffered plenty of bad luck but is a shining example of a rider who hasn’t been able to keep up with the emerging generation. Lopez will be eager to avoid the same fate.

Scrutinizing Lopez’ solid campaign in such a negative light is harsh. But with the current standard of competition, what level of success do you expect him to have in 2020? Is he destined to be ‘just’ a top five guy?

1 comments on “How good is Miguel Angel Lopez, actually?”