By MikeFranchetti in Opinion, Previews and Reviews on March 21, 2016December 27, 2016
No comments

Shortly after the start of each Milan-San Remo fans will glance at the race profile and remember there’s well over 250km of Italian tarmac for the riders to cover. Save for the gentle Passo Del Truchino, the opening two thirds are traditionally flat and this makes the race differ from the other four, more challenging, Monuments. The recent reduction in climbing is something Vincenzo Nibali has been outspoken about and it’s turned the race into a straightforward tear-up between the peloton’s best sprinters. 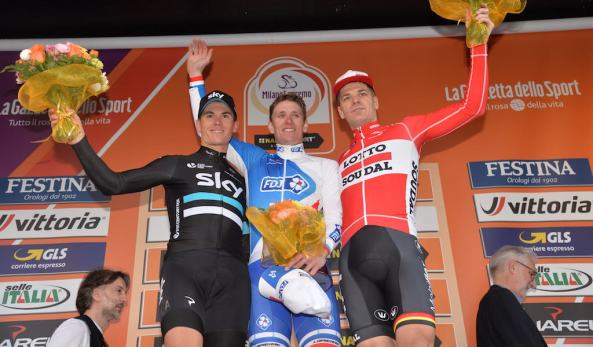 Except it really hasn’t.

Somewhere between the Cipressa and Poggio the pace is whipped up and the battle for position is cranked to a new high. Conservative tactics go out the window and teams lay the foundations for a variety of gameplans; sprinters are protected, favourites are marked, riders attack to disrupt the pace and, in the midst of all this, some may slip away.

The climbs, particularly the Poggio, pass in the blink of an eye and Nibali was right when saying it’s become hard for climbers to make an impression. Even on the longer Cipressa frenzy begins to spread through the pack and it’s hard for anybody to make an impact. The last two editions of the race have actually disappointed on this front and the puncheurs have failed to make life difficult for the fast men.

Though often leaving it far too late, not many return home from San Remo without at least playing a hand – you wouldn’t ride 290km for nothing. This year, after a familiar Daniele Oss attack failed, Michal Kwiatkowski broke free and opened up a useful gap. As he attacked the descent of the Cipressa it looked like he was lining up a huge win but he had grabbed Fabian Cancellara’s attention who, in one tremendous surge, hauled the Pole back into the main group. It looked briefly as though Cancellara could motor onwards but he, in turn, was countered by Matteo Trentin.

Unfortunately a larger part of the day’s drama came in the form of a handful of nasty crashes. Before things had really got going Alexander Kristoff’s lieutenant Marco Haller was on the floor and never recovered to reach his team captain. Next up was the messiest crash of the race, occurring at the front of the pack and spreading through a group that included Michael Matthews, Arnaud Demare and Peter Kennaugh. Matthews hit the deck and we can only imagine what would have been going through his head during those five seconds off his bike. San Remo was his early season goal and he was robbed of his opportunity to perform. He soldiered on and rejoined the main group but, completely shattered with no time to recover, never looked even vaguely in contention. 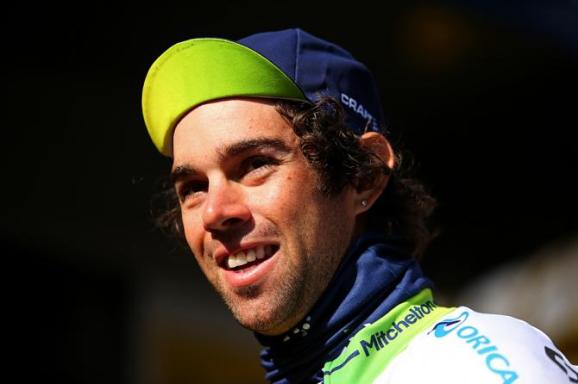 If that crash had the largest impact on the race, then Fernando Gaviria’s in the closing moments was the most shocking. Surviving the skirmishes and mammoth race distance, the Colombian had emerged as an unlikely favourite for the win with just a kilometre to go. One pedal stroke later his Etixx blue was horizontal in the road plunging those on his tail into disarray and handing the advantage to the right side of the bunch. It’s too easy to point the finger at his tender age and road inexperience but Gaviria had the win within touching distance and he, like Matthews, saw high hopes crash to the ground.

Arnaud Demare went on to claim his landmark win, passing a brave Jurgen Roelandts and edging out Ben Swift. The drama didn’t stop there however and behind the FDJ sprinter was Nacer Bouhanni angrily thumping the centre of his handle bars. With Kristoff and Peter Sagan hampered, plus Matthews and Gaviria grounded, Bouhanni had become the latest favourite for victory. Well positioned and the on-paper fastest, the Cofidis rider suffered a frustrating mechanical and his final sprint was half-baked.

Even after Demare, Swift and Roelandts stepped off the podium the Milan-San Remo result remained in doubt. Demare, involved in the Matthews crash, made light work of catching the lead bunch and accusations have begun to fly. Italians Matteo Tosatto and Eros Capecchi have recalled how Demare roared past them on the Cipressa attached to his FDJ team car – a statement made more damning by the fact both Tosatto’s Tinkoff and Capecchi’s Astana have absolutely nothing to gain.

It will be remarkably hard to disqualify the winner with no video proof – and a dangerous precedent to set – but the furore continues to drag on. Demare posted his ride on Strava and worryingly he claimed an unlikely KoM time. His time, a handful of seconds faster than Giovanni Visconti’s, raises a couple of interesting points. If a clean and honest ride, then Demare has found a fantastic level within his legs – one that many would be happy to question. However, a ride just three seconds faster than Visconti’s is not consistent with Tosatto’s comments that Demare motored up the climb “at 80kph”. Then again, how much gravitas can be put behind Strava evidence?! There’s now some pressure for Demare to release his power data to gain a clearer picture of his ride.

For me, the most likely occurrence is that Demare was doing what every other fallen rider does, but treaded a much finer line round the acceptable. It’s highly unlikely Tosatto has made up the story completely and maybe Nibali’s Vuelta expulsion has stuck in everybody’s minds. I think he’ll keep his win and his merits are beginning to show – but if so he’s a lucky boy.