There are a whopping 37 events on the World Tour calendar and I’ve decided to rank them all because that’s how much I enjoy making lists. There’s plenty to laugh at in some recent additions to the World Tour and plenty of great races at lower levels. Nevertheless, these remain the strongest group of races in pro cycling. Disagree with my top ten? Let me know. 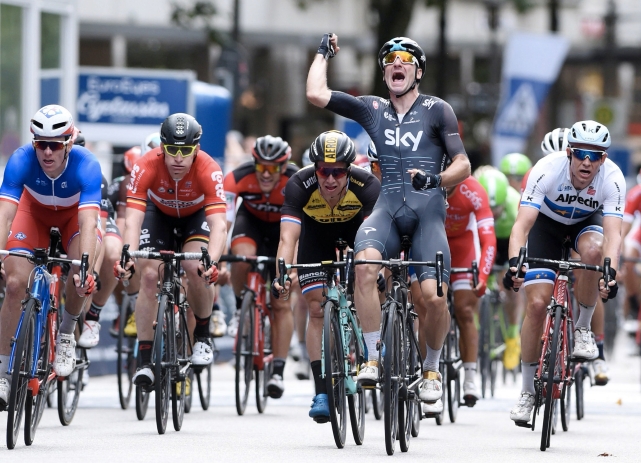 This was a tough choice between the three obvious World Tour duds. The Tour of Turkey just isn’t that good. It’s got a horrible slot in the calendar and why is the word ‘Presidential’ in the title? It’s a shame because it used to be a fun little 2.HC race when held in April.

I don’t know what to say about the Abu Dhabi Tour. Why was it moved to the start of the season? It’s forgettable and the other races in this part of the world are probably better.

This is a weird race that arrives far too late into the season. As a recent debutant, there’s probably scope for improvement. 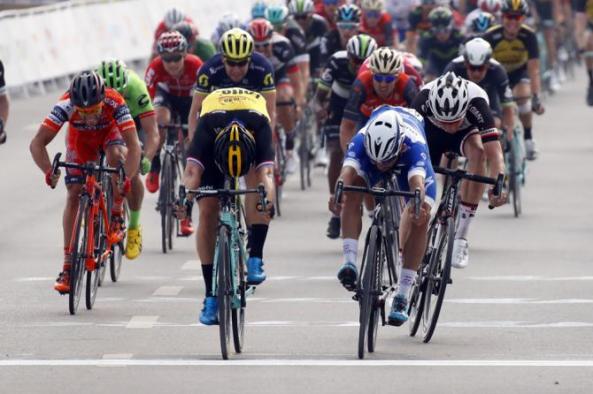 I’ve given the CEGORR all my attention for the last four years. I just don’t love it. I’m sorry.

The only UK race on the World Tour isn’t even the best race in the UK. Credit to the organizers for putting on a solid event but surely there’s more fun to be had?

A mainstay of the UCI’s elite selection of races, there’s absolutely nothing wrong with the Bretagne Classic. It usually clashes with the start of the Vuelta which is probably why I haven’t watched the last few editions. Sections of the course were used for the World Championship Road Race in the year 2000.

Be honest, who can remember any of Alexander Kristoff’s three wins? However, with a history stretching back to the 1960s and plenty of big name winners, it does deserve its recent bump up to World Tour level

Ah, the Canadian races. The two events are held on circuits which come with a few pros and lots of cons. Montreal is usually second which means I’m more likely to be bored of the whole spectacle.

The lowest of the traditional stage races on the World Tour calendar. There’s nothing wrong with Catalunya – and it’s in Spain so we do get proper climbs – but everybody has their eyes on cobbles at the end of March.

The Tour de France is over! We need a new stage race to bet on! Wait, why is it raining?

DDV isn’t the best Belgian one-day race or the most popular. Nevertheless, there’s elite talent racing on cobbles so it couldn’t really go any lower in this list.

There’s something cool about Cyclassics Hamburg (although I miss ‘Vattenfall’ being in the title which made it sound like a German James Bond film but is actually the Swedish word for waterfall). It’s helped by a favourable slot in the calendar which welcomes the sprinters back to one-day racing.

Cruising into a surprisingly high slot is the Tour of California. The race feels very American with styling you’d never find in a European race. Breaking cycling norms can lead to disaster but California has found a recipe which works well. It directly rivals the Giro d’Italia so it’s a miracle that anybody cares about it at all.

Tirreno-Adriatico – or the ‘Race of the Two Seas’ as pretty much nobody calls it – makes up half of March’s blockbuster week of stage racing. It was a popular San-Remo warm up until the organizers decided to visit one of Italy’s giant ski resorts each year for a mountain finish. It’s a great idea until the stage gets cancelled due to weather warnings. 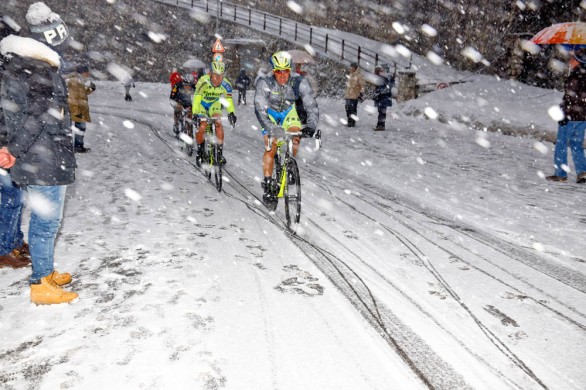 The Tour de France is over! What do we do now? Let’s watch San Sebastian!

By the time the Dauphine arrives everyone has already belted up for the Tour de France. This is both a blessing and a curse. On the one hand, fans have been stirred into frenzy and are ready to study every one of Richie Porte’s pedal strokes. On the other hand, the race feels very much like a Tour de France warm-up.

Gent-Wevelgem is a fully-fledged Flemish affair – complete with a double ascent of the Kemmelberg – but was won three times by the relatively sensitive soul that is Mario Cipollini. The race is close to being just as brilliant as its cobbled brothers but falls short.

Australia’s cycling showpiece is a brilliant stage race. Until the 2017 reshuffle, the Tour Down Under took place over a month before the next World Tour action. It’s kick-started the WT since 2011 and organizers have embraced this responsibility without looking back.

Omloop marks the start of the cobbles season. It’s highly competitive and the perfect curtain-raiser. It’s named after a newspaper. Learn how to spell it.

Designing the route for the Tour of the Basque Country is essentially an exercise in deterring any sprinters from showing up. Pais-Vasco is a chance for a group of climbers to attack each other. It’s good fun.

La Fleche Wallonne is 200km race that starts in Charleroi and ends with Alejandro Valverde winning a race up a hill. It’s better than it sounds.

The Tour de Suisse is the fourth longest race of the year and we don’t mind that the nine stages awkwardly straddle two weekends. Simon Spilak calls it the fourth Grand Tour (maybe). 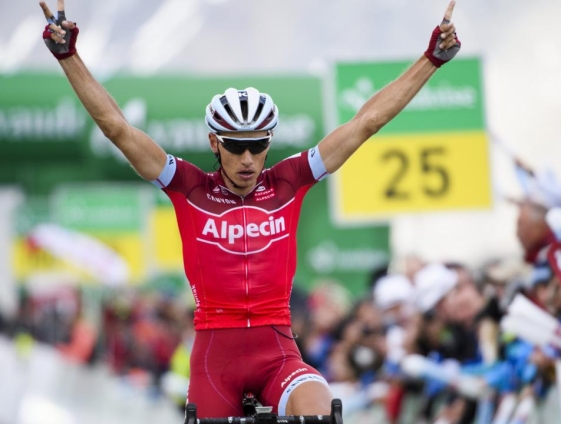 I’m not sure why I’ve put Romandie ahead of the Tour de Suisse but it just feels right. Romandie packs action into six stages which – in recent years – has included two time trials. This might not sound great but a lumpy route and a blend of both Tour de France and Giro d’Italia contenders keeps us all guessing.

The race formerly known as the Eneco Tour is a welcome addition to the middle of August. There’s nothing giant to climb but even the flat stages aren’t easy. The race attracts a very unique crop of riders and is always enjoyable. Well done to The Netherlands.

E3 is a much-loved and often lively cobbled race at the start of Flanders week. Unlike its brother Gent-Wevelgem, the route is tough enough to tear the peloton apart.

This beer-backed Limburg race is a successful imposter in the Ardennes week. Cauberg or no Cauberg, the finish is always exciting and by tweaking the route organizers have ensured that the race is one of the hardest to predict.

Save for the World Championships, Il Lombardia is the biggest prize on offer after the conclusion of September’s Vuelta. It feels like a ‘last chance saloon’ for riders who have failed to convert good form into Grand Tour results. That probably explains why a rampant Vincenzo Nibali has squashed all his rivals in two of the last three years.

LBL’s history stretches back to 1892 and asks riders to travel up and down nasty little climbs for well over 200km. Can we just forget how rubbish the last few editions have been?

Eighth is a controversially high ranking for the World Tour’s most boring race. They say that good things come to those who wait and this is probably why we sit patiently through the opening 250km of Milan-San Remo. You’re a liar if you tell me you don’t love the last twenty minutes of this race.

Paris-Nice earns its high ranking through consistency rather than bells and whistles. It’s the World Tour’s return to European stage racing and feels like a big deal. The race usually champions Tirreno-Adriatico in the startlist wars and the stages in the south of France are always exciting.

Flanders is stuck in a lifelong battle with Paris-Roubaix to be the highlight of the cobbles season. Brutal paved climbs are its selling point and we expect every edition to be brilliant.

There are plenty of reasons why this boisterous 11-year old has snuck into my top five. It’s Italy’s newest recruit in the one-day ranks and feels completely refreshing. Siena’s white roads are iconic, as is the wonderful finish up to the Piazza Del Campo. It’s a race that plenty of riders want to add to their Palmares.

The Vuelta is nearly always the liveliest Grand Tour. Arriving with a shade less hype than its two big brothers, we get to watch riders slug away at each other on the most ridiculous gradients. What’s not to love?

The Tour is the one race you can talk to your work colleagues about. That’s what makes it so special.

With more history than the Vuelta but less commercial draw than the Tour, the Giro feels balanced and it’s almost the perfect race for the purists. Although they have just moved the start to Israel so let’s review this list in May…